I listen to CBC radio quite a bit, mostly because I can’t pay for cable, and I have run through all my DVDs, namely, a four-season box set of A Haunting and some bootlegged Harry Potters with burnt-in Greek subtitles. The CBC, as I am sure you know, has some terrific programmes and personalities (Eleanor Wachtel, especially). There are, too, these somewhat bizarre features, interviews with pseudo-scientist types whose main goal, it seems, is to shame the Younger Generation. What, with our Internet and Hot Pockets, we’re little more than lazy, apathetic, unhealthy, unhygienic, mouth-breathing menaces to society. The Older Generation, you see, does not think much of us. Last month on the CBC, a man expressed fear that his grandchildren would not actually be able to use their legs. I think he was being hyperbolical, but it is so hard to tell when we all know how the muscles of Young People Everywhere have atrophied from years of neglect. Also, we do not read, ever. The Older Generation harps on this a lot. Young People today! Can’t live with ‘em, can barely understand what they’re saying behind the Harvey’s counter. Another thing: we have poor elocution (because, you guessed it, we do not read).

Of special interest to the Older Generation is the Young Lady Problem. To give a poor illustration: have a look at articles about Twilight fans. Words that crop up repeatedly: female, hysterical, shrieking, hordes. Some of the more deft wordsmiths use all of these words together in a sentence. This, basically, is what the Older Generation seems to think of young women. Don’t believe me? A certain national magazine ran a cover-page headline in 2010, “Inside the Dangerously Empty Lives of Teenage Girls.” In it, Dr. LeonardSax (male), expounds upon the fragile, shallow psyche of the young woman (female), whose life revolves around Facebook and impressing her peers. You know, that age-old adage – young women: they sure do hate each other! Did I mention that they don’t read books? This is only one example of a lot of the hand-wringing that goes on. The Older Generation is just so concerned about the young, female intellect. So fragile! But I won’t belabour the point (probably). What I will say is: all the young women I know are intelligent, involved, creative, excellent human beings. They’re writing, making movies, attending academic conferences, starting businesses, small presses, lobbying for social and political causes, working real jobs, and, yeah, kind of leading fulfilling lives. So, in celebration of these young women, here is a (very short) list of young Canadian literary ladies (whom I admire) and their work. 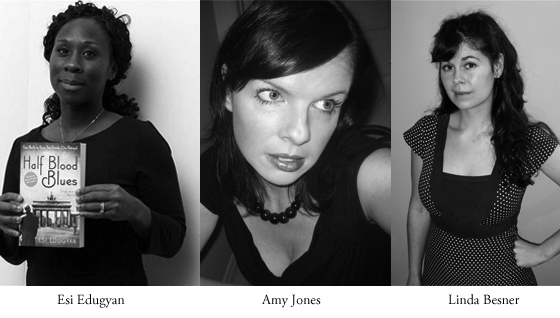