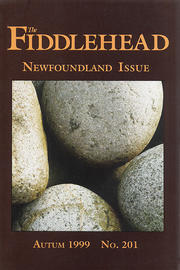 What is regional literature and why is it important to distinguish pieces of work based on their home? Regional literature refers to literature capturing features, such as characters, dialect, and culture, specific to a region. The 201st issue of The Fiddlehead is a collection of works by prominent Newfoundland writers. Editor Ross Leckie elucidates the importance of capturing literature through region in the issue’s editorial. All regions are unique in their own way. All have different cultures and histories distinctive from the rest of the provinces. As Ross Leckie points out, Newfoundland has “a unique culture, a geographical isolation, an historical experience quite separate from Canada’s, and an island mystique that gives its literature a special resonance.” The focus on Newfoundland literature, or lack thereof, is what propelled the issue itself. Newfoundland’s emerging literature, “remarkable for its diversity and excellence,” seemed to be overlooked by the rest of the country. The goal was to give it its own space to be prominently displayed and recognized.

This issue captures Newfoundland life and culture, while exhibiting the talent of Newfoundland writers whose work may not have anything to do with the region at all. Kenneth J. Harvey contributes with his work “An Argument with God,” a compelling story that explores a man’s struggle with finding faith after experiencing the excruciating loss of his wife. “The Whittler” by Lillianne Bouzane showcases how region can influence literature, as she tells the story of a tight-knit community undergoing the loss of three young men during a five-day long storm. Poetry and fiction works are gathered in this issue to create a regional reading experience that, as Ross Leckie puts it, “is by no means exhaustive.” It simply offers a glimpse into the discovery of the brilliance of emerging Newfoundland literature.