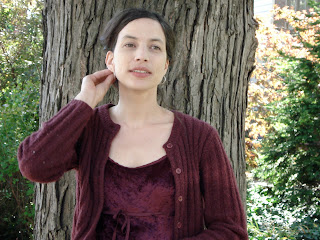 Over the weekend, the Canadian Women in Literary Arts (CWILA) announced that Sue Sinclair will be its inaugural critic-in-residence. According to the press release, the search committee chose Sinclair "because of her commitment to review the work of new writers, works in English and French, and works of a variety of genres, in multiple reviewing platforms."

"The committee of editors and writers is confident that Sue Sinclair will provide a strong voice for CWILA and for women critics and writers in Canada."

Sue Sinclair is the author of four books of poetry and currently lives in Montreal. Of course, she is no stranger to readers of The Fiddlehead. She has been a long-time contributor as a book reviewer and has served as a judge of our annual contest. She is also a past UNB student, and last year she served as UNB's writer-in-residence. At that time The Fiddlehead's editorial assistant Kayla Geitzler had the opportunity to sit down and have a conversation for our Radio Fiddlehead podcast series.