A Few Literary Competition Deadlines Approach on the Horizon

Posted on December 13, 2012
We're busy here at The Fiddlehead office sorting through our 22nd annual literary contest (which just closed on December 1), logging in entries and sending out new subscription copies. If you missed our deadline, have no fear, there are a few other upcoming literary competitions that we'd like to spread the word about. 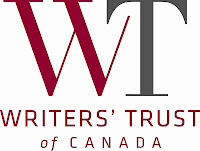 "The Writers’ Trust is now accepting submissions for the $5,000 RBC Bronwen Wallace Award for Emerging Writers. The award alternates each year between short fiction and poetry, this year it will be given to a writer under the age of 35 for an outstanding unpublished work of poetry. Finalists will receive $1,000 and have their work published in print and digital formats. The winner will be announced at a special event in Toronto in late spring. The deadline for submissions is January 30, 2013."
For more information, visit The Writers' Trust website.
There's also: