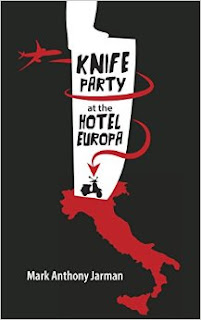 Fiddlehead fiction editor Mark Anthony Jarman has been shortlisted for two book awards: the inaugural Alistair MacLeod Award for Short Fiction, handed out by The Atlantic Book Awards, and the New Brunswick Book Award for Fiction sponsored by Mrs. Dunster's and Fog Lit.

The nominees for the 2016 Atlantic Book Awards were announced last night at a fundraiser at the Halifax Central Library. Included this year in the thirteen prize categories is a new award named for the late Alistair MacLeod. Endorsed by the MacLeod family, the Alistair MacLeod Award for Short Fiction honours the best short fiction from Atlantic Canadian authors. Three titles have been named to the shortlist, including Knife Party at the Hotel Europa by Mark Anthony Jarman.

The New Brunswick Book Awards are also in their inaugural year, and have been organized by The Fiddlehead and the Writers' Federation of New Brunswick. This year's prizes recognize the best New Brunswick-authored books of 2015. Knife Party at the Hotel Europa is one of three nominees in the fiction category along with Beth Powning's A Measure of Light and R.W. Gray's Entropic. 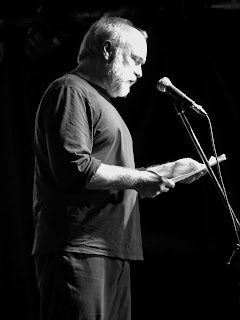 A vivid collection of short stories which circle and overlap in unexpected and delightful ways, Knife Party at the Hotel Europa transports readers to a version of sun-drenched Italy — a version of Italy as only one of Canada’s premiere short story writers could imagine it. Widely hailed by both critics and readers, the book has helped cement Jarman’s reputation as one of Canada’s most accomplished masters of prose.