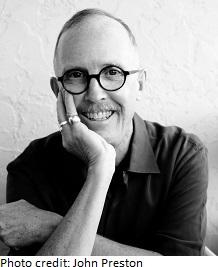 Editorial Assistant Joel St. Peters recently connected with poet John Barton to discuss his poetry, the AIDS crisis, and the victimization of the queer community.

JS: These three pieces, “Bathhouse Raids, Toronto, 1981,” “HIV: A History,” and “Coda for the Victims” feel like three chapters in the same narrative outlining the queer experience in Canada and the United States. The Bathhouse Raid feels like a precursor to what retrospectively becomes the AIDS crisis and the growing homophobia that it created, outlined by “HIV: A History,” and “Coda for the Victims” feels like an elegiac conclusion that lays the eponymous victims to rest. Were these pieces written with this intention? Were they submitted as a group meant to be read in this particular order as they appear in the issue? If not, how did they develop?

JB: Well, they weren’t originally written to be together. I’m just about to publish a new book of poems [Lost Family: A Memoir] and all three of them are in that collection. And you’re right. In a way, it does document queer experience from the beginnings up until the present and the various experiences of marginalization that queer people have had. It’s a theme that has always interested me. The book is entirely composed of sonnets. It seems like a farcical thing; I decided to write 366 sonnets, which I’ve surpassed now. So, when a topic presented itself, I took it on to meet my personal target. But the sonnet seems to be something that is slightly polemical. Of course, as the sonnets accumulated, I started seeing patterns. The project is kind of autobiographical. I was 24 years old when the Bathhouse Raids occurred. I was living here [in Victoria]. I was a student at UVic. I didn’t know about [the Bathhouse Raids]. I wasn’t out at that time. But it is considered Canada’s Stonewall. While it is a documented story, I wanted to make sure it was in the narrative. It’s kind of the Canadian queer experience that our stories don’t necessarily carry forward. They’re not part of the mainstream. They are more so now.

JS: In your poem, “Bathhouse Raids, Toronto, 1981,” you begin with a quote by Roland Barthes, “Reality is fiction, writing is truth: such is the ruse of language.” This seems fitting given that your work is grounded in real-life events. Even the title of the piece reads like a headline. The title of the following piece, “HIV: A History,” could also double as the title of a textbook or non-fiction text outlining the history of the AIDS crisis. What do you think Barthes is saying about the relationship between fact and fiction in relation to artistry and how has that influenced your own work?

JB: The way I would interpret it is that if you change one word, reality becomes fiction. You draw it into your fictive milieu. As you shape it, which would be in the writing, the truths come out. It may not be wholly grounded in fact, in that, inevitably, once you start writing something it takes on a life of its own, independent of its origins. Such is the ruse of language. That’s what language does. Reality is subjective, but through the act of writing you come to an ultimate truth. And it might be a personal truth, which is what they are for me. They are about what they are about. What motivated “HIV: A History” was a medical study published in 2019 whereby they had a large sample size of three or four thousand couples. One member of the couple was HIV positive but undetectable, and the other one was HIV negative. They all, for the course of the study, had unprotected sex and determined that there was no transmission. The way they characterized this study was that they cured the pandemic; it was over. From the moment I came out, AIDS was a threat. That’s what motivated that poem and that’s what the challenge was: Can I get the whole history of AIDS into fourteen lines?

JS: That ties in well with my next question. In “Bathhouse Raids, Toronto, 1981,” you close with the line, “By all agencies not their own, the streets / Frank, stripped down to laws discreet not discrete.” I was struck by the contrast you highlight between the variant forms of the word “discreet/discrete,” one meaning intentionally unobtrusive, the other individually separate and distinct. You use this in reference to laws, suggesting perhaps that laws are made to strategically avoid offending marginalized groups rather than building them around the differences that may make these groups targets. In your view, what makes poetry a suitable form for distilling a challenging topic like this and for doing so in such a powerful way?

JB: Well, a sonnet, by its length and limits, forced me into a kind of concision. If I had chosen to do a free-verse poem, I imagine I could have gone on for pages. And so, by its very nature, the form enforces a kind of distillation. It doesn’t allow you to go on tangents. I think there’s a shift going in poetry today where rhetoric is much more an acceptable mode than it was even five years ago where if you were political you were considered to be discursive. I think in [“Bathhouse Raids, Toronto, 1981”] you can look at what has happened in the course of equality rights. We’ve achieved incredible freedoms. We don’t have to hide. We don’t have to fear exposure and arrest and losing our jobs. But, also, we’re under control. Laws control us. You can almost imagine the government saying, “Okay, we have this problem. Let’s legislate them into society and we can police them that way and give them something of what they want so they won’t be a problem.” I think that’s what the social contract is. That’s what that line is touching on at the end. We’re separated out so we can be blended in.

JS: In the spirit of contrast, your next piece, “HIV: A History,” deals with a different kind of law: the court of public opinion. You so aptly depict the victimization of the queer community during the AIDS crisis, noting that those afflicted with the illness were broken down not only by the disease but by a public that wished to redefine the disease as a symptom of their so-called “unnatural” way of loving others. In your own words, “We were undetectable till the bug / Recast desire as threat, a death sentence.” Having lived in a time where these events were taking place, how have they shaped your work as an artist, not just in the subjects that you tackle but in how you approach them?

JB: I think that AIDS, for a lot of men in my generation, redefined intimacy and how to be intimate. There’s always been fear involved with intimacy. That has been a big subject for me. Whole generations of gay men are suffering from a kind of post-traumatic stress because of AIDS. It’s shaping the experience of younger men as well. It’s not gone away. Thinking about it, strangely enough, brings back my youth. There’s a nostalgia also connected to HIV. The ‘70s, of course, the first decade after Stonewall where we claimed our freedom, it’s looked back on as an era of unprotected sex and freedom from fear. AIDS was the hangover. We’re re-evaluating AIDS as a cultural phenomenon. It transformed the queer community. We learned how to organize and there was this flowering of writing as well. All the AIDS writing of the late ‘80s and early ‘90s is one of the high points of queer writing, in my opinion.

JS: Finally, one of the things that drew me to your work was how relevant it is to the present. The images of police brutality and victimization that you create in “Bathhouse Raids, Toronto, 1981” made me think about the same issue being so hotly contested in North America, particularly in the United States. Similarly, your piece, “HIV: A History,” made me think about the current Coronavirus pandemic, with obvious differences, of course. Did you see the same parallels yourself when writing and/or submitting these pieces and what do you think that says about the current socio-political climate?

JB: I began writing these poems three years ago, but certainly the present pandemic brought back the beginnings of AIDS to me, and I think there’s a lot to learn from the gay community about living with a disease. [AIDS] is more deadly than COVID-19 but harder to catch. Those are the two things that bring them together and divide them. Of course, the rest of the developing world deals with disease routinely. More people have died of HIV than the Coronavirus this year. I’m sure, at some point, the Coronavirus will surpass it, but again we have this false idea that AIDS is behind us. It doesn’t occur to people because we don’t see it around us. And the police brutality, yeah. It brought back the memory of a friend of mine who had a mental illness. He went off his meds and his neighbours called the police in the middle of the night. The police ripped down his door. He was standing naked, holding a knife, and they shot him with a beanbag gun. He’d already lost a lot of blood because he had wounded himself, and he died. And he was gay. It’s hard to know if [the police] were responding to him as a gay man. Maybe the police aren't always motivated by prejudice, but they’re not sensitive to the fact that the people they’re breaking in on, including gay men, have a fear of the police themselves based on intergenerational trauma. Maybe my friend was afraid as a gay man.

Check out these poems in our Summer poetry issue!