An Interview with Kim Trainor 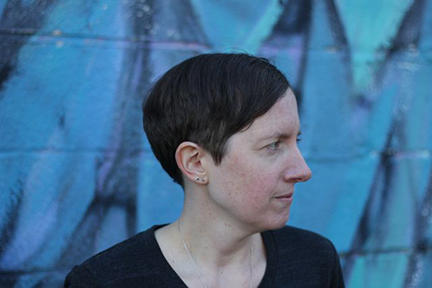 The following interview was conducted via email by Editorial Assistant and member of the Poetry Board Rebecca Salazar. Kim Trainor’s poem “Paper Birch” is the winner of The Fiddlehead’s 2019 Ralph Gustafson Poetry Prize.

Rebecca Salzar: First, congratulations on your winning poem! This poem holds so many things at a distance: the setting is blurred with wildfire smoke, a relationship is mediated through Skype calls — and, from the very first line, readers are told we are not reading a poem, but notes written at a time when “poetry / seemed very far away.” The poem manifests a repeated resistance to direct contact with things. Can you say more about this idea of distance in the poem?

Kim Trainor: Thanks! I'm not sure if it is resistance, so much as circumstance. The poem is a fairly direct transcription of my life — I was describing a situation I found myself in. My partner was living in a different city, working on climate change impacts on the boreal. When I'd visited him in August, Edmonton was veiled in ash as a result of the wildfires in BC — we were immersed in it, you could taste it. I hadn't written anything for about half a year, so poetry did seem very far away to me.

RS: Over the course of the poem, the speaker and the titular birch tree seem to transform into one another, contrasting those images of distance. The tree’s bark is inscribed with carved lover’s initials and “small cuts / in the cream skin, like welts or gaping mouths / of blood,” while the speaker asks to be stripped, sewn, crafted into a canoe, or burned, finally leading to the climactic command, “Ignite me.” The language in these passages is sensual and erotic, but also suggests that desire might be violent, or at least dangerous. Why was it important for you to show the potentially destructive side of desire in this poem?

KT: That's interesting. I wasn't consciously trying to show the destructive side of desire. In an intimate relationship you transform and are transformed by your lover. You make yourself vulnerable, which suggests wounding. You open yourself to someone else. It's a complex metamorphosis. I think you're right though that there is some damage and devastation that bleeds through — maybe that's because a lot of the poem is saturated with the effects of climate change and species destruction; the birch stand I describe had been vandalized; ash was everywhere. Maybe there are all kinds of things happening at a subconscious or latent level.

RS: The dialogue in the poem repeatedly references climate change and migration: the lover in the poem explains how birch trees “migrat[ed] north,/ following the retreating sheets of ice,” and later sings a Hebrew song about longing and exile at the end of the poem. These references, coupled with the wildfire smoke that overwhelms the speaker, evoke the danger faced by increasing numbers of climate change refugees, and the looming danger of climate crisis more generally. Can you say more about this connection between climate change, diaspora, and longing?

KT: The birch tree refugia were pockets of birch trees that marked an earlier migration, during the last ice age. As the ice retreated, the trees moved north. All kinds of species are migrating, and being extinguished, under the forces of human devastation and human-created climate change. Trees just move much more slowly than people. The song is taken from Psalm 63, an expression of longing for a people to be with their God. The King James version goes like this: "O God, thou art my God; early will I seek thee: my soul thirsteth for thee, my flesh longeth for thee in a dry and thirsty land, where no water is." Maybe there are new desire lines emerging.

RS: Conversations about ecological grief in the face of climate change have recently become mainstream, but it still can be difficult to find words of comfort in/for a dying planet. Looping back to my first question a little, I do see this poem striving for words and direct contact, even when these feel far away. Even though the speaker begins by admitting their struggle to write a poem, they later implore their interlocutor to “score me with desire lines, write words for songs that have none / in the wrist’s blue margins.” What kind of songs does this poem want to find words for, or what kind of comfort do you want this poem to suggest is possible?

KT: I wasn’t explicitly thinking of grief or refugees or climate change when I wrote this poem. But it's part of the texture of our lives. And I've been reading a lot these last few years on the sixth mass extinction, disciplining capital, the great transition, the GND, the boreal: articles, books, manifestos, in part because several people I am close with research in this area. So a lot of the poems I've written, especially since “Paper Birch,” incorporate this texture, now directly, now obliquely. I guess at one level I'm trying to transcribe this particular historical moment and its dark ironies and the only thing I’m any good at writing is poetry. I guess at another level, one of the ancient functions of lyric poetry has been elegiac. Mourning is important. Maybe it brings some solace. Maybe it gives you time to gather yourself, to adapt to a new situation. The lyric poem especially seems so small a thing in the face of ecocide — a small gesture. This does not however preclude action, struggle, coalition building, resistance. I don’t think the future is written.