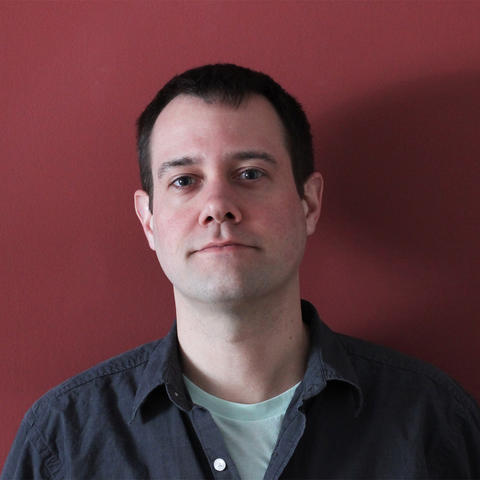 Colin Johnson: Congratulations on winning the 27th Annual Ralph Gustafson Poetry Contest. How does it feel?

Matthew Hollett: Thanks! I’m beyond honoured to have won the contest, and thrilled that my poem has found a home in The Fiddlehead.

CJ: One of the things I love most about your poem is how sound and image come together and contrast one another. The descriptions are often grotesque or unappealing –– “the insipid pink . . . fringed red / like freezer burned meat” for example –– but the musical repetition of vowels and consonants make the images more visceral while drawing my attention to how these words feel in the mouth when spoken. Can you say a bit about your approach to sounds and images, the role each plays in this poem, and your poetry in general?

MH: The poem opens on a sunset, which is one of those things that everyone has witnessed and photographed so many times that it’s hard to describe in a new way. I wanted to use sound and image to convey the seductiveness of a sunset but also its ominousness, a vague sense of doom. The “after the best before” in the title hints at this, too — that dilemma when something looks okay but it might be bad, or vice-versa.

Over the past couple of years I’ve been reading my poems to audiences more often, and I notice myself writing with reading aloud in mind. Sometimes this means sensory description instead of more abstract language, sometimes it means subtle internal rhymes and other playful gestures. It makes for poems that are fun to perform, and I think it helps improve them in other ways, too.

CJ: “The Day After the Best Before” begins in the clouds over Halifax, and the poem seems to follow an almost daydream-type logic. Yet, these images of people waiting to watch fireworks are so spot on, keeping our feet firmly planted in the real world. Is the relationship between the imagination and the everyday occurrence a tension you often explore in your poems, and are there any poets you look to for inspiration in this regard?

MH: There’s a lot of waiting happening in this poem, and I wanted to capture that sense of idleness, people-watching, being in a crowd without knowing anyone. I remember scribbling notes while actually sitting there on Canada Day, waiting for the fireworks — the detail about the oven mitts shaped like lobster claws, for example. This was about ten or twelve years ago. Those notes became a poem fairly quickly, but that first version was unfocussed, wallowing in first impressions without resolving into anything. It was only recently that I reworked it into this new poem.

My writing does tend to linger on everyday things before careening off in strange directions. I went to art school, and in drawing class you’re taught to look at negative space, the empty spaces that give shape to outlines and edges. I think I use similar processes when writing, using metaphor to look indirectly at things, to try and see them as if for the first time. I love certain John Steffler poems for the way he does this (a moose becomes “a team of beavers trying to operate stilts”). Or poets like Sue Goyette or Simon Armitage, who likewise veer playfully into the surreal.

CJ: To build on the last question, and sticking with the clouds for a moment, there’s an especially surprising turn late in the poem when you write, “what everyone secretly desires is the raw astoundment / of a mushroom cloud.” And each time I read the poem, I feel the political subtext wrapped up in that fireworks display becomes more apparent: questions of patriotism, environmental concerns and food waste –– all of which constitute “Something worth / witnessing.” Does the poem speak to these concerns or am I just reading too deeply?

MH: Absolutely, that’s all in there. That’s what happens when you go watch Canada Day fireworks after reading The Society of the Spectacle. I was in grad school at NSCAD at the time.

CJ: I was curious about the writers that influence you in a more general sense, as well as any writers you might be reading currently that you like to recommend. Any suggestions for our readers?

MH: Most recently I’ve really enjoyed Teju Cole’s Known and Strange Things — the title comes from a Seamus Heaney poem, and it’s a perceptive book of essays about photography and literature. It reminds me a little of Italo Calvino’s Six Memos for the Next Millennium, which is one of my favourite books about writing. I’m currently rereading Jessica Grant’s wonderful novel Come, Thou Tortoise. As for poetry, I’ve been captivated by Karen Solie, Leigh Kotsilidis, Paul Farley.