Presenting the Judges for our 25th Annual Contest

Naomi K. Lewis is a writer, editor, teacher based in Calgary. She wrote her 2008 novel Cricket in a Fist while a graduate student at UNB, and her 2012 story collection won Enfield & Wizenty's Colophon Prize and was shortlisted for two Alberta book awards. Her non-fiction has been shortlisted for provincial and national magazine awards. Naomi was a magazine editor for the last decade, and will be UNB's writer-in-residence throughout the winter of 2016. 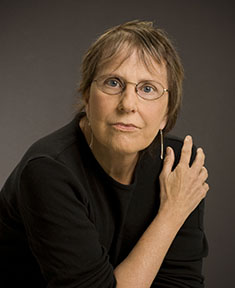 Rae Armantrout has published 12 books of poetry. Her most recent collection, Itself, was published in 2015. Her 2013 book, Just Saying, has just appeared in an Italian edition on stampato presso, Rome.  Her poems have also been collected in a Spanish edition: Rae Armantrout: Poemas: (Spain, 2014).  Versed (2009) received the Pulitzer Prize and the National Book Critics Circle Award.  Partly, a volume of new and selected poems will appear in 2016. Her work has appeared in many anthologies such as: The Best of the Best American Poetry: 1988-2012 (2013), The Open Door: 100 Poems, 100 Years of Poetry Magazine (2012). Armantrout was a fellow at the Rockefeller Center in Bellagio, Italy from June 26 to July 24 2014. 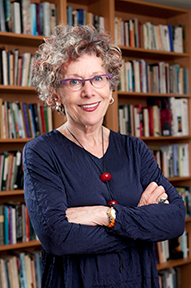 Lorna Crozier has received many awards, including the Governor General’s and B.C.’s Lieutenant’s Governor’s Award for Lifetime Achievement, as well as five honourary doctorates. An Officer of the Order of Canada, she has published a memoir and 16 books of poetry, the latest called The Wrong Cat, and The Wild in You, a collaboration with the photographer Ian McAllister.  Her poems have been translated into several languages, including a book-length translation in French and another in Spanish, and she has read in every continent, except Antarctica.  She lives on Vancouver Island with Patrick Lane, two turtles, many fish and two fine cats. 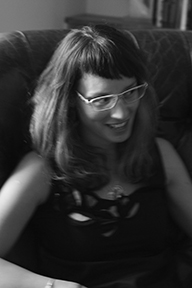 Brecken Hancock's poetry, essays, interviews, and reviews have been published or are forthcoming in Brick, Best Canadian Poetry in English, Best American Experimental Writing, Papirmass, Lemon Hound, The Globe & Mail, Hazlitt, and on the site Canadian Women in the Literary Arts. Her first book of poems, Broom Broom (Coach House, 2014), won the Trillium Book Award for Poetry, was named by The Globe & Mail's Jared Bland as a debut of the year, and appeared on a number of year-end best-book lists, including the National Post, All Lit Up, and BookThug's Best Reads. She lives in Ottawa.