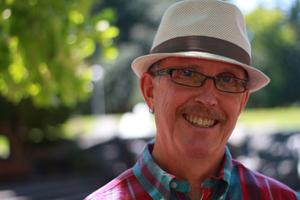 In January 2011, Editorial Assistant Peter Forestell sat down with John Barton, poet, editor of The Malahat Review, and the University of New Brunswick's 2010-11 writer-in-residence, to talk about his latest book of poems, Hymn, as well as the politics of being a gay writer in Canada.

A resident of Victoria, British Colombia, John Barton is also the co-editor of Seminal: The Anthology of Canada’s Gay Male Poets, and has been a finalist for a CBC Literary Award in poetry, as well as a National Magazine Award winner. His poems have been featured in journals across Canada and around the world, including The Fiddlehead.