I discovered Clarice Lispector accidentally. Her name appeared in an interview with a writer, a writer whose name I can no longer remember, as one of the inspirations for their work. Clarice Lispector’s name was the only one on the list I couldn’t recognize, alongside more familiar, iconic names of Sylvia Plath, Virginia Woolf, Don DeLillo. That summer I bought The Passion According to G.H., and I was mesmerized.

Reading Clarice Lispector is like jumping down unknown chutes, diving into pools of water at night. It’s unlike anything I’ve read before. The Passion According to G.H. is prefaced with a warning from the author, asking that the book be read “only by people whose outlook is fully formed. People who know that an approach — to anything, whatsoever — must be carried out gradually and laboriously, that it must traverse even the very opposite of what is being approached.” The novel is a first person account of a woman named G.H. who steps into the recently-vacated room of her maid, and there she discovers that all her expectations about the state of the room are wrong. Inside, she finds an odd drawing on the wall and a cockroach inside the wardrobe. The plot itself reveals little of the profound insights and philosophical inquiry of the text. In the act of stepping into the empty room G.H. embarks on an existential journey that will bring her to the meeting point of the self with the self, but only by passing through the opposite, the other. What happens when the last border of respectability is crossed? What happens when you are faced with the ultimate abjection? These are some of the questions Lispector grapples with.

The novel is a dense and difficult read, at times quite disturbing. It demands to be read slowly, and to be re-read. With each reading the text manages to yields more and more meaning, a palimpsest of possibility, and yet it never renounces its mystery. By mystery I mean the word in its richest sense: the deep fertile soil from which many things can grow.

The book is forever associated in my mind with my favorite reading chair in the corner of my room, with the thirty-degree-celsius heat outside, and the cool air-conditioning leaving goosebumps on my skin. I would read the book in bouts, underlining my favorite passages, sentences, words; then setting it down, overwhelmed. It is the kind of book you cannot read and walk out unchanged. This is what Lispector meant in her preface, you will be taken on a journey to the other side, towards the opposite of what you want to see, which will be revealed.

Clarice Lispector is amongst several other writers I reference in my Creative Nonfiction piece, “It’s Necessary to Talk About Trees,” featured in The Fiddlehead this fall. If I were to pick a single writer who deserves more attention and recognition it would be Clarice Lispector. There is no doubt in me that she was a genius. 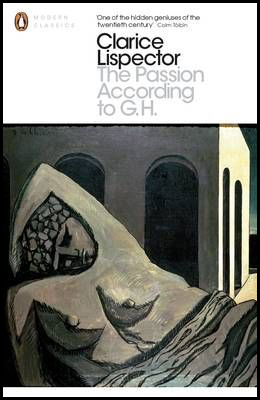