Shirley Harshenin writes from her home in the Okanagan Valley, British Columbia. She believes in angels, caffeine, and the human spirit’s extraordinary resilience. Her work has been published in Room Magazine, Contrary Magazine, The Journal of Compressed Creative Arts, Entropy: Woven, Nailed, Crack the Spine, The Nasiona, and others. Her "Invisible Walls: A Decentred Hermit Crab Sticky Note Narrative" was published in the 2022 creative nonfiction issue of The Fiddlehead. www.shirleyharshenin.ca

Ellen McGinn lives on Saturna Island with her husband and their dog. A graduate of the University of British Columbia’s MFA programme, she has published a book of poetry, From Dark Horse Road and her essay "Tabernacle" was published in the 2022 creative nonfiction issue of The Fiddlehead. Her plays were produced in the Vancouver and Victoria fringe festivals. Her current play, Antarctica Welcomes International Women’s Year 1975 is in its third draft. One of her favourite things was volunteering with Students On Ice.

Corinna Chong’s novel, Belinda’s Rings, was published by NeWest Press in 2013, and her stories have most recently appeared in Grain and Riddle Fence. Her story "Love Cream Heat" is featured in the new autumn issue of The Fiddlehead. She won the 2021 CBC Short Story Prize for “Kids in Kindergarten.” She lives in Kelowna and teaches at Okanagan College

Joe Enns is a writer, painter, and fisheries biologist on Vancouver Island. His works have appeared in Portal Magazine and The Link, and short-listed for FreeFall’s 2020 Prose and Poetry Contest. His poetry is featured in the new autumn issue of The Fiddlehead. Joe has a BSc in Ecological Restoration and is finishing a BA in Creative Writing at Vancouver Island University. 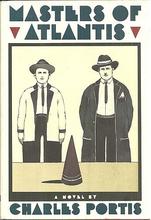 Johnathan Fahey is a writer from Moncton, NB living in Toronto. His work has previously appeared in Geist and subTerrain. His story "AceDougieFlexProductions" is featured in the new autumn issue of The Fiddlehead.

John Barton: Gay Canlit Icon: A Review by KIRBY of John Barton's "We Are Not Avatars"

We Are Not Avatars, John Barton. Palimpsest Press, 2019.

When I told a friend I was about to write a review of We Are Not Avatars (Palimpsest Press, 2019), a collection of John Barton’s essays, memoirs, and manifestos, they looked at me quizzically and suggested I’d set myself on an unrealistic challenge, for how can anyone critique an icon? My friend gave me pause because I never considered John Barton to be one.

Poets as Observers of Space and Absence: A Review by Manahil Bandukwala of Gillian Sze's "Quiet Night Think"

Poets as Observers of Space and Absence

I first came to Gillian Sze’s work through her chapbook, Fricatives. Fricatives has lingered in the back of my mind for years, and Sze’s latest collection of poems and essays, Quiet Night Think, will no doubt do the same. Comprised of six personal essays interspersed with poems, Quiet Night Think meditates on poetry and motherhood. Where do these intersect, and where do they diverge?

Tanis MacDonald is the author of six books, including the forthcoming Straggle: Adventures in Walking While Female (Wolsak & Wynn). She has been awarded the Open Seasons Awards for Nonfiction and the Bliss Carman Prize for Poetry, and has had work appear recently in Atlantis, FreeFall, and Grain. Her essay "Ricochet: An Arcade" was featured in the all-creative nonfiction issue of The Fiddlehead. 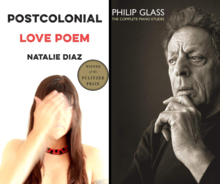 Fiona Tinwei Lam is the author of three poetry books and a children’s book. Her poetry and prose also appear in over 40 anthologies, including The Best Canadian Poetry (2010 and 2020). She has coedited two nonfiction anthologies. Her poetry videos have screened at festivals internationally. fionalam.net.