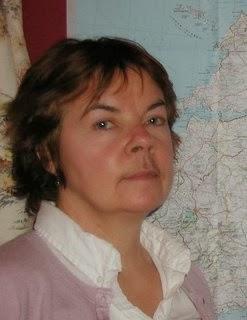 Agnes Walsh was chuckling the time she told me how she chose a book off the shelf and began to read. She found herself enjoying that book so much she just had to buy it, so she closed it and looked up, woke up, to find herself in her own living room holding a book she already owned. Now that’s like reading her poems: they draw you in. Completely. The selection brings out Agnes’s muscular nostalgia for the individualistic Newfoundland past of which her father was a dear part.

In “Percy Janes Boarding the Bus” she is in her role as acerbic critic of Newfoundland’s oblivion to its literary heroes. And where will you find a more satisfying brief narrative than “Our Boarder Alfred, He Must Have Been 300 Pounds”? That piece is a tour de force of voice, and so is “I Solemn,” in which a child’s first funeral is recorded in the sort of intimate detail none but a child would notice. Agnes has two books of poems, In the Old Country of My Heart and Going Around With Bachelors. The anthology selection draws from each, and I can’t fault the choices, but there are wonderful poems I miss from each. Open either book and start to read. You could easily lose track of where you are.
______________________________________________________

Stan Dragland is the founder of Brick Magazine and Brick Books. He is the author of many books, the most recent of which is the novel The Drowned Lands. He lives in St. John's.