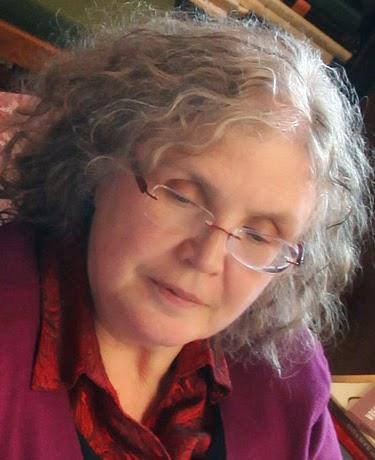 In my late teens, I hitchhiked with a friend from Moncton, NB to St. John’s, NL to stay with my grandparents and visit relatives. We noticed how my cousins, many close in age to us, talked among their friends using words and rhythms new to us, often uttered so quickly that we frequently asked, could you say that again?
Some of Mary Dalton’s poems in the Breakwater anthology are brief stories or monologues informed by a vocabulary that also speeds up the telling. Reading “Bridesboys” and “Merrybegot” out loud to myself is a bit like being read to as a child; I hear strange words — brindy bough, upsot, nuzzle-tripe. I’m carried and grounded in sound and rhythm.  A favourite, “The Doctor,” tells the story, in seventeen short lines, of two premature babies born in a November gale; an indifferent doctor; the efforts of the parents with wood, wool, thick flannel, a dropper, and the final perfect image, “Six long months they captained / That kitchen, steered those / Two little moon men to shore.” This is the kind of poetry — rich and weird in the details of the world — I love to read and reread.

Her poem “The Boat” reminds me of Wistawa Szymborska’s “Funeral” (II) in which Szymborska simply lists the comments of people attending a funeral. I can’t help smiling at the end. How pragmatic but vulnerable we are around death. In “The Boat”, Dalton describes the broken boat that sails down from the heavens and lands in a bed of petunias, and then she lists the people trying to use or make sense of the miraculous boat. In the “ballyhoo” at the end, as the people are arguing among themselves, the boat simply takes off into the blue again, “battered planks clanking.” It’s a noisier, more colourful poem, but I hear a similar vulnerability and pragmatism in response to mystery. Dalton makes me laugh here, as she often does in her poems.

Some of these poems echo the colour and vigour of my mother’s Newfoundland childhood; she is 86, and those memories are vivid, sometimes more real than present time. Dalton often writes about people who simply work with what they’ve got. Her poems embrace strangeness and are full of words that fill our mouths with sound. Spantickles, rigamarole, devil-ma-click. Her book Merrybegot has been on my shelf for years, but now I’ve ordered Red Ledger. Thank you, Mary Dalton.
_______________________________________________

Lynn Davies is the poet of three books, most recently How the Gods Pour Tea (Goose Lane, 2013). She lives in Fredericton.