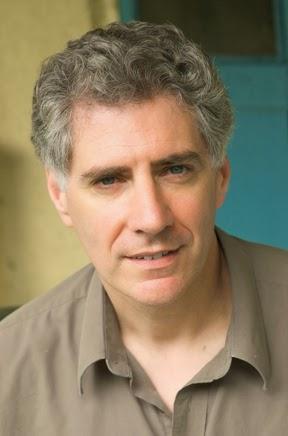 Richard Greene begins: “I am at home in a high-rise.” You want to catch the nuance there: the descent motif, finding one’s ground among the contemporary urban domiciles; but also the ascent, the daily routine struggling to rise above itself. Greene’s poems are high-risers that seek a lifting leverage in high-rises. We’ve been arguing with the ordinary for decades now.  It has given little ground, if any, but we go back to it for answers, offer our part in the antiphony, the plaintive call and response. These poems are grounded in the “lesser miracles” of domestic existence, conversations in water-drops, fishings after the moment’s stingy yield. Their wry ironies are a means of accommodation, a feeling of generosity among scant offerings. We are those customers in “Beside the Funeral Home” who wouldn’t be “caught dead in the ordinary,” for it is in the ordinary that something is always coming to an end. And yet we try to pass through it, like new coffins arriving for the departed in the “funeral home that calls itself ‘Wing On.’” The Portuguese fishermen playing football in close quarters among the ship’s rigging: I thought of Baudelaire’s albatross. Greene picks up the French poet’s lament and exhortation: to find what flight we can amid our modern, homely entanglements: “A boy / who watched old leather fly to makeshift / goals among the nets and ropes and barrows.”

“My feast is elsewhere.” A castaway from the Newfoundland, Greene offers a world whose immediate weights and concerns are always traversed by presences, energies or sources of empowerment, from away: a traveller on the Newfoundland ferry finding his legs at sea, “between homes”; immigrants in Toronto’s St James town, working to send money home to loved ones in native lands; a Nantucket whaler come home to find his own property cut off from him; people variously withdrawn from an original identity.

Greene is very particular, so to speak, about his subject matter. There has to be nothing there, or seem to be. The poem must appear like one of the three or four last fishing boats at anchor in St. John’s, “roped to the wharf waiting for a good year.” We arrive in aftermath, like poems coming belatedly to the vast antecedent modernisms, long-since plundered. Displacement in space. Belatedness in time. To work with leavings.

The poem in Greene is like a kind of sketchy neighbourhood. The place ain’t what it used to be. But Greene’s is not a nostalgia for imagined Arcadian antecedents. We don’t find ourselves longing here for what is past, but rather for what is missed, in both senses, here and now. There is plenty in the ordinary, so to speak, but we miss it, as though it were past. “There is some tear in memory between / the longed for and the given.” The two are one, and have been for a long time. We need to find new kinds of attention, an alternative approach to our sense of displacement and belatedness:

Yet they live by their hope, curiously pledged

To some afterness that will reward and bless . . .

To find one’s calling in a place and time apparently evacuated: Greene’s style grapples with the ensuing imperatives. To embody. To work through. In a Greene poem, traditional cadences are pressed home, as it were. I think of the civic poems of an Auden: poems of lyric commentary, poems in every sense responsible, both to a tradition and to its present application in the social scrimmage. You take the traditions at hand, the world at hand, and you “get something across” through them. You can hear it in every poem:  not a throwing away of the level line, the sound construction, for easier escape clauses. Instead, a prosody that wrestles with its inheritance. Listen here:

They paid out trawls, hooks baited with caplin
Or squid, and hauled in the twisting cod
Until their boats brimmed with silver thrashing.

The line itself, like the scene evoked, twists inside its threaded nettings, every word — the diction, the positioning — a writhing from itself.

Jeffery Donaldson is the author of five collections of poetry, most recently Guesswork (Goose Lane, 2011) and Slack Action (Porcupine's Quill, 2013). He teaches poetry and American literature at McMaster University.