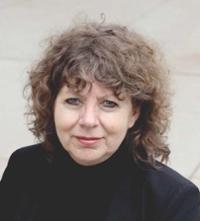 Are you a writer living in or near Fredericton, or do you live elsewhere in New Brunswick and are coming for a visit to Fredericton? Would you be interested in receiving free feedback on your writing? Then consider making an appointment with UNB's 2018 winter term writer-in-residence, the award-winning playwright, filmmaker and librettist, Colleen Murphy.

Her play Pig Girl won the 2016 Governor General’s Literary Award for Drama as well as the 2014 Carol Bolt Award, while The December Man / L’homme de décembre won the 2007 Governor General’s Literary Award for Drama, the CAA/Carol Bolt Award and the Enbridge Playwrights Award.  Other plays include The Breathing Hole, The Society For The Destitute Presents Titus Bouffonius, I Hope My Heart Burns First, Armstrong’s War, The Goodnight Bird, Beating Heart Cadaver (shortlisted for a 1999 Governor General’s Literary Award for Drama), The Piper, Down in Adoration Falling and All Other Destinations are Cancelled. Twice she won awards in the CBC Literary Competition for Fire-Engine Red and Pumpkin Eaters.  Libretti include Oksana G., composed by Aaron Gervais for Tapestry Opera, and My Mouth On Your Heart, composed by August Murphy-King for Toy Piano Composers and Bicycle Opera.