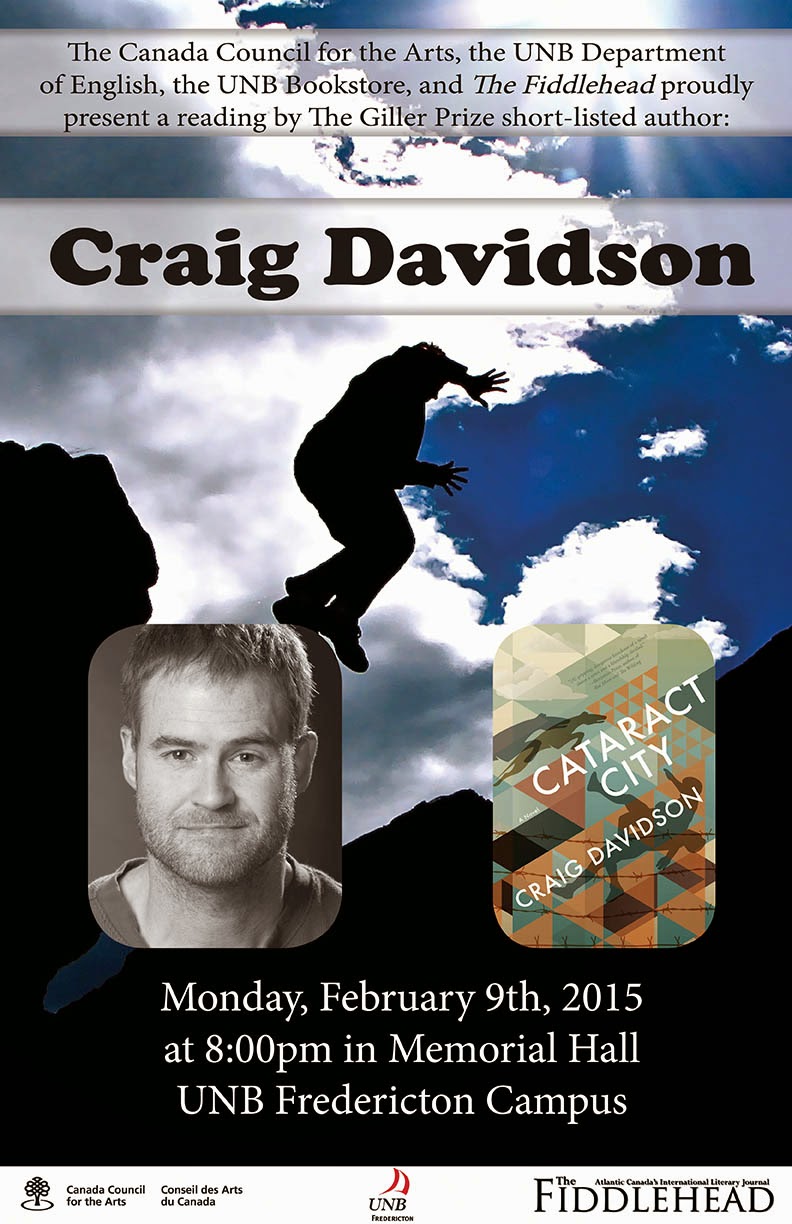 The University of New Brunswick would like to invite you to hear a reading by UNB Alumnus Craig Davidson, author of The Giller Prize short-listed Cataract City, published in 2013 by Doubleday. In his fourth literary novel Davidson presents a tourist town with an uncanny hold over those born within its borders, a place with more to it than first meets the eye. Beyond the gaudy storefronts and sidewalk vendors, past the hawkers of tourist T-shirts and souvenirs, are the townspeople who toil at The Bisk, the local cookie factory. And behind that crumbling façade are the truly desperate: those drawn to gritty alleyways on both sides of the US-Canada border, inhabitants of a shadow world that runs on money exchanged over dog races, bare-knuckle brawls, and night-time smuggling.

Davidson is the author of Rust and Bone, which was a finalist for the 2006 Danuta Gleed Literary Award and was made into a Golden Globe-nominated feature film of the same name. His other literary works include The Fighter and Sarah Court. His articles and journalism have been published in the National Post, Esquire, GQ, The Walrus, and The Washington Post, among other places.

Davidson has also published under the pen names Patrick Lestewka and Nick Cutter. Under the name Cutter he is the acclaimed author of The Troop (2014), about which Stephen King raved it “scared the hell out of me and I couldn’t put it down . . . old-school horror at its best.” Cutter’s latest novel The Deep has just been published by Simon & Schuster; it features a plague that threatens humanity on a global scale.

His reading will be held Monday, February 9th at 8:00pm in Memorial Hall on the UNB Fredericton Campus. Admission is free and all are welcome to attend.