Having reviewed Danielle Devereux’s Cardiogram for The Fiddlehead blog in 2012, I was reminded, in reading through Escape Velocity, of the cultural and aural vernacular that’s so much a part of the literary geography of Newfoundland. The trick, I think, with any brogue, is to try and do it justice without putting the idiomatic  phrases and language used in jeopardy of being considered a caricature. McGrath deftly straddles the line in this new collection, and her ability to recognize and resist the impulse to essentially reduce native Newfoundlanders to a comic commodity through exaggerated dialect is one of the book’s great achievements. Despite the fact that he was a Maritimes mainlander, Alden Nowlan also had a highly nuanced appreciation of Celtic-influenced Atlantic Canadian speech patterns, in all likelihood because of the impoverished circumstances of his youth, and the vernacular of the Maritime underclasses he was immersed in. “The Red Wool Shirt,” for instance, in which a fisherman’s wife is surprised by a family friend’s sudden news “It’s bad, Mary”, demonstrates his acute understanding of not only the rhythms and rhetorical singularity of this peculiar dialect, but the cultural stoicism that accompanies it. How different, ultimately, are the woman in Nowlan’s poem, who finishes hanging her husband’s shirt on the line before asking “Charlie, it’s not / both of them [?]” and the speaker in McGrath’s “Old Crooked Fellow,” who remarks of her companion, “Now he’s gone. She’s better off. She gets more done. She don’t miss / him”?

In each of these poems, and for that matter, in poems from Danielle Devereaux’s chapbook like “Mainland Man,” we get the impression that we’re being met with something authentic, something similar to the stress-laden utterances of the “big-voiced scullions” of Seamus Heaney’s youth discussed in the introduction to his Beowulf translation. When reading through “Old Crooked Fellow,” for instance, it’s hard not to think of Dan Taggert in “The Early Purges,” from Death of a Naturalist, and his Ulster-inflected insistence “Sure isn’t it better for them now” in reference to the kittens he’s just drowned in a bucket. Both poems employ cats as subjects in unusual ways, but again, it’s the stoicism we encounter as an almost inseparable companion to the related dialects that’s the true crux of these poems. Just as Heaney’s youthful speaker tries to convince himself that such lessons are crucial to his own emotional survival, the same can be said of the woman in Nowlan’s poem, or McGrath’s speaker in “Crooked Old Fellow,” and her attempt to deceive herself into believing that the cat’s disappearance from her life is welcome. 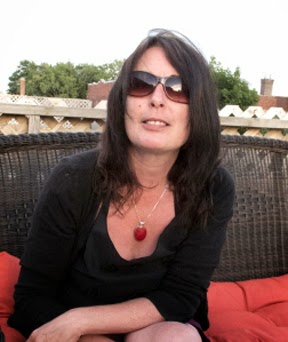 What we also encounter in McGrath’s collection is a kind of poetry that reads as almost entirely contrary to the earthy, vernacular-driven narratives she does so well. Poems like “Interstice,” “Dispersals,” and “Unsent Letter #5” are as restrained, accomplished, and high-mindedly literary as what we’re accustomed to encountering in the work of our most celebrated academic lyricists. Demonstrating that she is as adept at turning artful and intricate phrases as she is at accurately capturing the native speech patterns of her tribe, McGrath blindsides those new to her work with meditations like “as if absence / itself were a force of permanence,” or, in the same poem, her description of a suddenly vanished clapboard derelict:

Then, one day, gone, not even skeletal evidence
to frame the sky, not even a scattered
old board on the new, tidy driveway,
rolled gravel where the tangle
of goldenrod and aster had drifted
above a well-worn path.

In “Unsent letter #5,” too, we’re met with similarly adorned phrasing that is both elegant and precise: “Stillness for the first time in days; something bronzed / and grey and made of light has laid an overlay / on the maples and the rowan trees.” She does slip into sentimentality on occasion while in this mode (“Light: Variations” comes to mind), but that McGrath is as comfortable and skilled at the high-artifice of lyric poesy as she is at accurately rendering the idioms and cultural sensibilities of native Newfoundlanders really separates her as a pioneering Canadian talent in this respect. And as Danielle Devereaux’s collection clearly demonstrates, there are others as well who are determined to follow in her path.