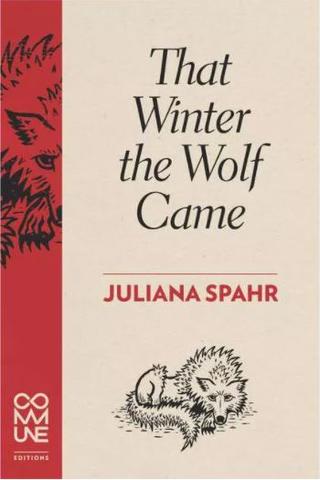 A friend of mine, the poet Tom Cull, recently remarked that maybe these days all writing is, to some extent or another, environmental. The more I think about this, the more it seems absolutely right. The pressure of the current ecological spasm is all around us, pressurizing our language. Our lives require navigation between multiple overlapping states of emergency. From the microplastics in our water to the next storm on The Weather Network to the next zoonotic disease to the Amazon burning in South America to the Amazon boxes grinning on our doorsteps.

And here I go, pivoting into rant mode. And no one wants to hear that rant, right?

What I’m trying to narrate here is an ongoing conversation between myself and my own work around the question of didacticism. How can we write ecological writing that is both politically urgent and non-didactic? Or, as I’ve started to suspect: is the rule against didacticism actually a troublesome ideological mechanism on multiple fronts, designed to protect the status quo? Perhaps all writers need to be brave, shimmering, shameless didacts.

Lately, I brought such questions to some of the big eco novels that came out last year, and I found myself relatively uninspired (which maybe was the point?). Then, in a fortuitous book club recommendation, I came across Juliana Spahr’s magnificent, unusual, prosaic poetry collection That Winter The Wolf Came. This book is published by Commune Editions and available free online.

I’ve been writing about oil for some time now, but, reading Spahr, I felt myself cowering and quivering with awe and empathy and delight. Spahr, in a mixture of scientific language, narrations of banal personal life, and accounts of activism and police hostility during the Occupy Oakland movement, offers an imaginative journey through the ongoing "oil wars" that is as beautiful and varied and singular as a droplet of crude petroleum. The main devices Spahr relies on are parataxis and defamiliarization. Reading Spahr, we watch language grow weary under the strain of the oil economy, its demand for speed, and the ennui of attempting to struggle, day after day, against the petrochemical regime. I’ve read a small archive of books about oil, and this remains by far the most moving and revelatory.

One of the things that’s a wonder to watch is the way Spahr navigates and massages the didactic impulse. One of the poems, “Brent Crude,” couples daily oil prices with rich personal experiences (“Around the time I start writing in iambic pentameter, I begin to wear several shirts, a Spanx, the sort that covers the belly but not the breasts”) and savvy musings (“I do not want to say that the children are the future. Ok?”). This poem ends with a startlingly beautiful quasi-scientific description of a drilling rig operating under water, the astonishing precarity of the machinery rendered in stark and startling details and complicated--typical Spahr--by the crass register of economics. Another poem, “Dynamic Positioning,” ends with a list of names of the missing workers believed to have died in the Deepwater Horizon explosion. This is clearly an elegiac turn, but this is an open-armed elegy, an invitation into a rich world of shared grief and lament. Spahr teaches often, but her work doesn’t feel didactic; it feels hospitable. Rather than telling us what to think about oil, Spahr unearths the myriad ways we live with it. And, perhaps more importantly, the ways it lives in us.

David Huebert's fiction debut, Peninsula Sinking, won a Dartmouth Book Award and was runner-up for the Danuta Gleed Literary Award. His latest book of fiction is Chemical Valley (Biblioasis 2021). David teaches literature and creative writing at the University of New Brunswick. His story "Leviathan" was featured in the Autumn 2021 issue of The Fiddlehead.