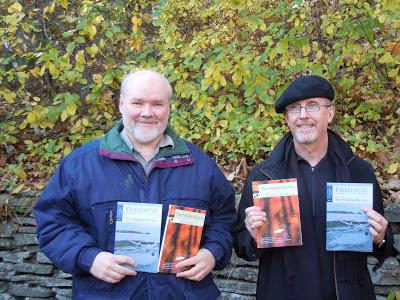 And we launch it tonight along with The Malahat Review's East Coast issue!

This special event takes place at 8pm in the Bailey Auditorium, Tilley Hall, UNB Fredericton. Refreshments will be served; doors open at 7:30.

Hosted by the editors of both magazines, Ross Leckie of The Fiddlehead and John Barton of The Malahat, there will be many contributors to the east coast issue to read from both magazines, including Kerry-Lee Powell, M. Travis Lane, Claire Kelly, Gerard Beirne, Lynn Davies, Anne Compton, Michael Pacey, and Ian LeTourneau.

Copies of both issues will be available for sale (cash or cheque). This event is free and everyone is welcome.