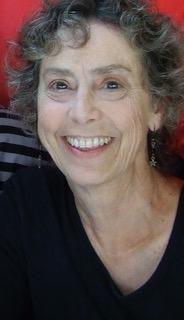 Melissa Spohr Weiss: In your brief memoir that will be published in The Fiddlehead’s anniversary issue, you said something that caught my attention: “It was therapy for me to write this, but is it a poem?” In my own work, I find it difficult to narrow down exactly what can be considered poetry. How do you make the distinction?

Barbara Pelman: What a good question to begin with, as it was for me, the beginning of a life of poetry, rather than a teacher teaching poetry, or a woman with a problem, needing to sort it out. In my case, the “problem” was the feeling of abandonment (the divorce) and adjusting to a new perspective. For me, it was therapeutic to write. Trying to find the right words, the right images, brings the writer to the core of her own sense of self, as well as to the core of the poem. As therapy, the poem ends there: how to find the truth of your experience, how to make sense of things. But the next question, “is it a poem?” moves the writer to another realm: the craft of writing. The questions change: “how can I make my reader feel what I feel? How can I show the experience and not merely tell it? Does the form, if it is a form poem, or a free verse, work? Do the line breaks work to build power? Are the images appropriate? Are my word choices strong?” I wanted to ask and answer those questions, rather than just write a poem that got my feelings out and explored the experience.

Exactly when is it a poem? The easy answer is “if it works.” But, in the words of my six-year-old grandson, “what does that mean?” It’s so many things: the vivid image, the shape of the poem, the emotional tone of the words, the way the lines break on the page, the sense the reader gets that “something happened” when they read the poem, some connection between writer and reader. And for me, the question is also: is there wisdom here?

MSW: Can you speak to the inspiration for your poem “Thirteen Ways to Encounter God”?

BP: The inspiration was a project I am involved in, called “Calling All Artists.” It is an annual getting together of artists of all kinds: visual artists, fabric artists, musicians, writers, and poets. We meet with the rabbi of the local synagogue, Congregation Emanu-El, here in Victoria, and for five months, study, led by the rabbi, a section of the Bible or rabbinical texts or Jewish folk traditions. The topic is chosen by our wonderful rabbi, Harry Brechner. Topics have included a study of the first chapter of Ezekiel, the two Creation Stories in Genesis, the receiving of the Ten Commandments on Mount Sinai, the story of Ruth, and studies of dreams and visions, of concepts and traditions around Death. So many wonderful teachings! Then the artists create their interpretations of their study and present them at a Gala in the spring. This process of interpretation is called “Midrash” and is very much a part of the Jewish culture.

This poem came from the year we studied “Encounters with God,” looking at stories from the prophets and rabbis. As you can see, I used Wallace Stevens’s poem “Thirteen Ways of Looking at a Blackbird” as my model, to speak of my own experiences in attempting a connection with Source.

MSW: When reading poetry, I am always interested in the poet’s choice of form. For example, prose poems versus lyric, numbered stanzas versus unnumbered. How do you make decisions in the presentation of your poetry on the page?

BP: I love form poetry, and am excited to find a new one or to rediscover forms I have tried before. At a recent retreat with Lorna Crozier, the assignment was to write a pantoum. I had written ones before, often taught them to students, but suddenly it was much more difficult, and also intriguing. What is in the form that makes it work as a form? What can be learned from writing a pantoum that transfers over to other poems you might write? Why choose one form over another? A glosa, for example, often begins because I fall in love with some lines of another writer, and want to sit inside those words for awhile. I wrote a glosa called “Nevertheless” from four marvellous lines from W.S. Merwin, which won me a nice little prize. A sestina is a kind of intellectual puzzle, and a sonnet is an attempt to argue something in a mere fourteen lines. Usually I start a poem as free verse, then start playing with it: couplets? tercets? quatrains? Can I tighten it down to a sonnet or even a haiku? Is there repetition that would be helpful? (anaphora, not quite its own form, but a tool.) Sometimes using these tools really helps the original poem, gives it some shape. In teaching an editing workshop, I worked it out mathematically: do you need to add something? Do you need to subtract lines and phrases and words? Can you multiply ideas in your poem, make lists? Has your poem become so huge that you need separate sections, or can you expand what you have to build multiple parts for your poem? As for prose poems, which seem to be the rage lately, I haven’t a clue. I’ve written haibuns, a kind of prose poem, and put them in my recent book, and have struggled over that final haiku which ends the haibun. And I have tried to take some of my less successful poems and put them into prose, hoping that might improve the poem. But I am more interested in where the line might break than to continue to that dreaded right-hand margin. However, there are interesting poems that sit somewhere between prose poems and poems: those very long-lined poems that make little paragraphs.

MSW: I love the way you intermingle spiritual elements, nature, and instruction in “Thirteen Ways to Encounter God.” How did you decide to make these connections?

BP: This poem has many elements from the studies we did with Rabbi Harry: the Biblical story of Jacob’s dream, the image of God in art and sculpture and religious writings, and the rabbinical story of the “Lost Princess,” an allegory of searching for Shekhinna, the female element of God. Interspersed in the poem are elements of my own spiritual experiences. It was my contribution to the Gala that year. It was a lovely process, this poem, randomly allowing associations to find their way to my desk, and then editing after. It seems some of my better poems arrive this way, through free association, through randomness. Stevens’s poem was a good guide, the way he brought in disparate elements in mysterious ways.

MSW: What is the hardest thing, for you, about writing? How do you work to overcome it? What advice do you have for emerging writers?

BP: The hardest thing, I think, for me, is to create a discipline for it. Daily writing, or a writing day during the week, or daily prompts? I’m a cruel self-critic, and hound myself constantly. I think of myself as a dilettante, or a fraud, or lazy, or yada yada yada. Then I write a poem and feel good about it. Where does that come from? I don’t know. It’s very mysterious, this creative process. I love to find out how it works with others, love the little essays from poets that explain their process. And though I am terrified of editing, once I start, I can’t stop. It’s such an amazing thing, creating a small piece of work, something new, something that can be molded and changed but has some core life of its own. So perhaps that is my advice to emerging writers: fall in love with the process itself, how a poem comes to you, what you can do with it once it has fallen, like magic, into your hands, how you can sculpt it and fix it and make it more beautiful and more meaningful. I used to teach my students that there are three ways to love poetry: first, to see with an artist’s eyes—to be amazed at everything, to notice the details: the leaf veins, the wings of a ladybug, the 350,000 species of beetle; second, to write a poem and fall in love with the work of it—where to break the line, which words to use, which adjectives to cut out, which images to expand the poem; and finally, to fall in love with other poems, to read and enjoy and say, “how did they do that?” and then read again and find out. So, it’s really about love.

Barbara Pelman is a retired teacher and poet in Victoria, BC. She has published three books of poetry, One Stone (Ekstasis Editions 2005), Borrowed Rooms (Ronsdale Press 2008), and Narrow Bridge (Ronsdale Press 2017), and a chapbook, Aubade Amalfi (Rubicon Press 2016). Her glosa, “Nevertheless,” won the Malahat Poetry Contest in 2018.

Permalink Submitted by Gordon Whitehead (not verified) on Fri, 07/17/2020 - 01:31
A terrifically interesting exchange with Ms. Pelman. Many wonderful distillations of thoughts and images !! And now I know what a pantoum is !!