An Interview with Brent van Staalduinen 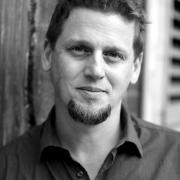 Brent van Staalduinen lives, works, and finds his voice in Hamilton. Saints, Unexpected, his novel of urban magical realism, will be published by Invisible Publishing in April 2016. His work appears or is forthcoming in The Sycamore Review, Prairie Fire Magazine, The Bristol Short Story Prize Anthology 8, The Prairie Journal, EVENT Magazine, The Dalhousie Review, The New Quarterly, Litro Magazine, The Nottingham Review, Urban Graffiti, and elsewhere. He is a graduate of the Humber School for Writers and holds an MFA in creative writing from the University of British Columbia, and teaches creative writing at Redeemer University College. The Hamilton book launch will take place on April 20, the Toronto launch on April 28, and Brent will be touring the novel around Ontario from April 22-May 1 and BC later this year. For locations and specific information, visit his website. He also has a Facebook page and he is on Twitter.

Alex Carey: How do you approach writing in the voice of a child? Were there any particular writers or works that influenced your style, or this story in general?

Brent van Staalduinen: Working in Dilly’s voice was a challenge, mainly because in early drafts I didn’t set an age for him: he’s just this kid caught in a crappy situation who hasn’t yet figured out that his step-hero isn’t going to be around to help him finish the delicate process of growing up. Young enough, I guess, that he prefers to lose himself in play and adventure rather than dwell on the mundane and horrific realities of a loved one fading away in a sterile environment like a hospital. Yet old enough, too, that life’s deeper issues have begun to encroach, forcing him to process uncomfortable situations and relationships, if only subconsciously. Once I’d drafted the story, I gave it to my Fiction classmates at UBC to see what they might do with it, and they spotted the burrs in the consistency of Dilly’s voice and helped me grind them away.

My memory is such that I can’t recall any stories or writers who might have influenced the story’s inception (I’m terrible at name-dropping). But this one began with an image of a boy staring up at the side of a hospital building, and I had this sense that he knew the building intimately. Well, I thought, who put him there? Who is he there to visit? And who brought him? Why is he outside rather than in the hospital room? Who might be the reason for that? And off I went.

AC: Working under the old adage of “show, don’t tell” how did you decide what to reveal in terms of backstory and plot, and what to elide or omit entirely?

BvS: It was really important to me that Dilly not have too much knowledge about the off-screen backstory, and that he be focused on what he sees and knows. Even though he is on the verge of grief because of the poor choices the adults in his life have made, this is his story. And his moment, too — the story explores a very specific time — where we can only see what he is doing to distract himself from the reality, the tricks and meandering games he pursues to keep the dawning sadness away. He is starting to get it — us, too — but he doesn’t yet know why.

AC: Your story evokes a strong sense of place through sensory detail, but there aren’t any obvious indicators of geography. Was that an intentional decision you made when you were writing?

BvS: My first draft had the story happening at the Hamilton General Hospital, but then the skinks wrote their way in. Those three little lizards felt so instantly real to me that in a subsequent draft I moved the story to Queensland, Australia (where in a past life I’d tried to catch a few skinks myself) but the place kept trying to insert itself as a presence, taking some of the story away from Dilly and his Mom. In the end, I decided to go back to a non-place, which hopefully becomes the hospital just up the street from whomever reads it. Of course, this flies against a lot of writing advice I’ve received and tend to follow—ordinarily I need a strong sense of setting in my work — but Dilly’s experience and the hospital are so zeroed-in that where we are in the world might not matter as much as where we are in the story.

AC: Where did the metaphor of Skinks (“three of them”) come from?

BvS: The skinks found their way in organically — i.e. not as a figurative device — as I was imagining what Dilly might do to keep his mind from resting on what it would mean if the man in the hospital bed doesn’t come home: I simply saw him at the base of a tree, chasing lizards around and trying to catch them. As I wrote my way in, though, the skinks became more important. I like the number three because of the commitment involved in catching them and I really like that the sound of lizard-feet in that little box would be three times as loud—and perhaps infinitely more involved — than than just one or two would be. Three is also a troublesome number when it comes to relationships and religion, so it works well as a parallel to the adult-centric conflict in that room we see through Dilly’s eyes. Finally, that skinks can lose their tails but only partially grow them back is a nod to the fragility of adoptive parenting, how fraught it is with the potential for heartbreak.

AC: Is there a sense in your story that children and elderly — I’m thinking of Jesse’s roommate Henry — ‘tell the truth’. Can you give us any idea what might happen to the generosity Wendell’s mom says that Wendell possesses?

BvS: Jesse’s going to die, which means Dilly will experience profound loss — when fathers and father-figures are lost, what’s left are unfillable holes. The parent in me hopes that Dilly will be given every opportunity to mourn Jesse’s death well, where his grief isn’t minimized (which we tend to do with kids: Oh, you’ll be fine. . . . It’ll get better. . . . Don’t be sad!). That he’ll grow up with fond memories of the broken man who put aside his own demons for just long enough to love a stranger, that the experience will make Dilly stronger, better, more securely fastened to life. The writer in me, however, hopes that he’ll fall into a tailspin of pain, fracturing the relationships around him and taking out his unresolved fury on an uncaring world, leaving us to wonder if he’ll discover an iota of grace, whether he might find some resolution, or whether there is any hope at all for those who are abandoned too young, too soon. I’d enjoy writing both stories — I think both could comment well on the idea of how kids create their own truths — but I suspect more people would enjoy the grittier version of who Dilly might become.