An Interview with Kayla Czaga 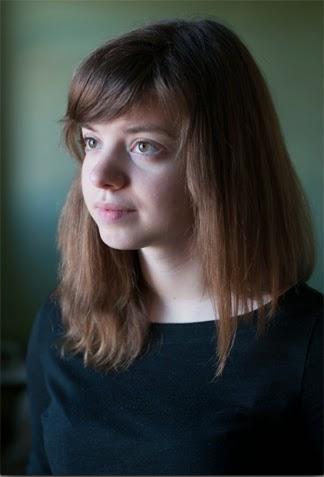 Phillip Crymble: Congratulations on winning The Fiddlehead’s 2014 Ralph Gustafson Prize for best poem. You’ve now won several prestigious contests over the last few years. In selecting poems to submit to competitions like ours do you have a strategy, or is it simply a matter of sending the most accomplished work you have available?

Kayla Czaga: I’ve only actually won two contests, though I have been on a few short and long lists. I’ve fallen into this rhythm where I send out poems about twice a year. When a deadline to a contest I want to enter is coming up, I take it as an opportunity to send out a lot of writing to other places as well. I sort of put everything I have into a pile with my favourites on top. I often have someone help me. They’ll say, “oh, send this one to them and send this one to the other place.” I usually take their advice because I’m not the best judge of my own writing.

PC: One of the qualities that makes this poem so successful is its movement between relative subjects. The poem takes advantage of the speaker’s “wondering how love / could transpire so oppositely between two / people” to transition and arrive at the generated subject before returning to the initiating subject for closure. Is this an intuitive strategy, or is it learned, and if so, from where or whom?

KC: It’s a both strategy. I don’t have the longest attention span and I go off on a lot of tangents. I’ve been working on cultivating a style that plays into that. It frequently fails, as my tangents are wont, but sometimes it just manages to balance together and arrive at something. I absolutely adore the poets who can do this well and I have learned a lot from their work — Dean Young, Mary Ruefle, and Matthew Zapruder, especially.

PC: Based on your publication record, you clearly know a thing or two about how to write successful poems. How do you believe the MFA at UBC has most impacted your continued development as a young writer to this point?

KC: Deadlines, for one. Having someone say, “do such and such by such and such date,” really gets such and such done. Friends, too. I’ve managed to expand my writing community, and those people really help keep you going. Also, learning prose. I only ever took poetry workshops in undergrad and it’s been such a wonderful experience to study fiction and non-fiction with some amazing teachers (Andreas Schroeder, Timothy Taylor, and Maureen Medved).  I never knew I could successfully write something without line breaks before.

PC: How close are you to having a completed manuscript of poems, and if you already have one, is it currently under contract, or are you still fielding offers from publishing houses?

KC: I am pleased to say that I am under contract with Nightwood Editions. I think my book is coming out in the fall — we’re still working on it. I’m calling it For Your Safety Please Hold On.

PC: Is there a moment you can recall when you remember thinking or knowing that you wanted to devote your life to writing?

KC: That’s a very romantic way of putting it — devote your life to writing. I think it’s been an accumulation of moments, rather than just one, that have set me on this route. When I was eleven, after reading (I’m embarrassed to say) A Ring of Endless Light by Madeline L’Engle, I felt compelled to write a poem. Thus ensued many bad years of rhyming couplets. Eventually someone — thank you! — told me poems didn’t have to rhyme. Later, in high school, when I was taking prerequisites to pursue a career in the sciences, though I hated them, my English teacher told me that I was being dumb and really ought to do something with my writing, so I applied and was accepted to the University of Victoria’s creative writing program. There I met some of my now closest friends who also wanted to be poets and we’ve encouraged each other ever since. I just love poems and I don’t think I could get as excited about anything else.

PC: Which poets do you admire most, and what kind of influence have they had on your own writing as it has developed?

KC: I go through phases. I mentioned three above. Often Anne Carson — I am a sucker for anything she writes. I’d read a car manual if Anne Carson wrote one. I love Anne Michaels’ early work. Gertrude Stein. Robert Bringhurst. Erin Moure’s Furious. Mark Strand. The list could go on and on. Poetry is kind of its own language, I guess, and I’ve learned how to speak it by listening to others who have spoken it well. They are to thank/blame for everything I’ve managed to write thus far.

PC: Of the poetry collections you’ve read recently, which ones have made the greatest impression?

KC: I liked Sarah Peters’ 1996. My press-mate Renée Sarojini Saklikar’s children of air india is very good and thought-provoking. Mary Ruefle’s Selected Poems is great, but I think it leaves out a lot of her great poems. Agony by Steven Zultanski is probably the funniest thing I’ve read in a long time.

Great interview! When will we

This year will be posting the

Permalink Submitted by ktaglia on Fri, 03/10/2017 - 09:37
This year will be posting the long lists for each genre in mid-March. The winners and 2 honourable mentions in each genre will be announced in early April (just before the issue comes out with their poems and stories).