An Interview with Lisa Alward 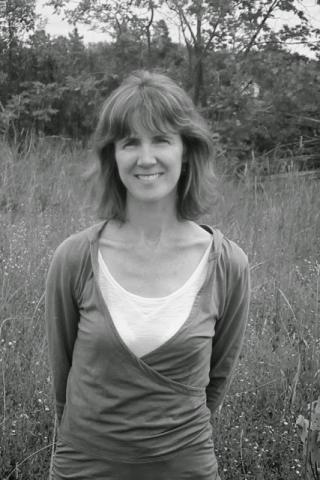 Originally from Halifax, Lisa Alward has a master’s degree in English from the University of London and was the Literary Press Group’s first sales manager. She presently lives in Fredericton, where she teaches courses in clear writing and has worked as an editor and freelance writer. She has been writing short fiction for three years. “Cocktail,” her second story to be published, is inspired by the cocktail party world of the sixties and early seventies. She is thrilled that it was chosen for this year’s short fiction prize.

The Spring 2015 issue of The Fiddlehead, No. 263, presents "Cocktail" by Lisa Alward, Winner of our 2015 Short Fiction Prize.  Lisa was kind enough to talk with Reid Lodge, one of our Editorial Assistants, to share some insights:


Reid Lodge: Were there any personal experiences or stories from people you know that you built into this story? Do you use your writing to work through your own personal thoughts, or is fiction more of a way to explore different worlds for you?

Lisa Alward: My parents, like the narrator’s, threw a lot of parties in the 60s. “Cocktail” draws on my impressions of that whole cocktail party scene as well as stories my mother later shared with me. It also has a personal resonance because my mother was dying of cancer as I wrote it. But what most interested me creatively was exploring this parallel past, similar to mine yet very much its own world, with the sleazy party guest who sneaks upstairs and the runaway older brother. Since I’m relatively new to writing fiction, I’m conscious of sticking close to home, to what I know, but I find that taking imaginative leaps, even if sometimes these are more like jumps, really excites me.

RL: The details in this piece are wonderful and build up a very tangible sensory environment for the reader, particularly in the early cocktail party scenes. Do you have any favorite authors or people who you discuss your work with who have impacted your writing style? Have you read anything recently that contained some interesting elements you might like to explore in later projects?

LA: I had been trying for a while to write a cocktail party story, but it was only when I found the list of expenses for my parents’ first party in their new house that I could see a way into it. From that, all the glasses and sparkly toothpicks and packs of invitations fell into place. I am very drawn to detail in fiction, but I like it to be meaningful, to reverberate in some way. I wrote my master’s thesis on Virginia Woolf, so probably this comes from reading To the Lighthouse at an impressionable age. These days, I feel I learn from every story I read, but two that have really inspired me recently are Nadia Bozak’s “Greener Grass” and Kathy Page’s “Red Dog,” both published in The Walrus. I just finished Page’s collection Paradise & Elsewhere and would love someday to explore the same shifting sands between story and tale that she does. I am also very fortunate to have worked with two amazingly generous and sensitive writers-in-residence at UNB, Sue Sinclair and Jeramy Dodds.

RL: The relationship between the main character and the Tom Collins figure begins in a fairly sinister way and his presence evokes a lot of dramatic tension. Where did you get the idea for this character? Did you have anyone in particular in mind when you first imagined him?

LA: Well, an inebriated party guest did once visit me in my bedroom when I was about twelve, but I sent him packing — end of story. Tom is mostly made up. He is meant to be a sinister presence and also a bit elusive, even dreamlike. The narrator, after all, is sleepwalking when she first sees him and his name is very likely not Tom Collins. I think of him as being in a way emblematic of the era. It’s something about the ease with which he oversteps boundaries. At one point, I sent “Cocktail” to a friend who’d also grown up in the 60s and early 70s and she immediately emailed back her own Tom Collins story, which gave me goose bumps.

RL: Sexuality and the power dynamics inherent in sexual relationships are also major themes in this piece. Were there any discourses about sexuality and power that you were specifically hoping to challenge or draw attention to in the story?

LA: I wanted to express some of the confusion latent in the sexual revolution, especially for women. By the late 70s, the idea that sex was natural and fun was creating an expectation for women to be open to casual encounters, and yet many young women were still looking for love. The narrator keeps trying to find her Tom (at least her image of Tom) at the bottom of a glass or in a stranger’s bed, but, of course, he’s never there.

RL: I’m also interested in the way that this story points to the differences between what we tell children about love and marriage and the ways those concepts actually end up functioning when we enter those types of relationships. How do you think the “divorce wave” that emerged in the 60’s and 70’s that is mentioned in the piece affected the ways these narratives affect children and young people?

LA: My sense is that there was much greater separation between the world of children and the world of adults in the 60s. Our parents really did seem to forget about us when they put on their party clothes. And yet things were happening at those parties that would eventually turn our own world upside down. My parents’ generation fascinates me because although they came of age in the late 50s and were settled with careers (the men, at least) and children way before the Summer of Love, they were also very influenced by the counterculture. They may not have been doing drugs and growing out their hair, but they were still experimenting with limits and also drinking a lot of hard liquor. Yet when the “wave” of divorces struck, it took my generation, I think, mostly by surprise because we’d been so sheltered from all that.

RL: Did you do any research while writing this piece about the time period or other elements of the narrative? Did anything in particular come up that surprised you?

LA: I did do some research into the history of cocktail parties, but the most interesting and surprising texture came from my mother’s stories. Some of these actually shocked me, I suppose because I’m still carrying around that conservative 60s child who wants to believe the adults have it all under control. I also spent a ridiculous amount of time looking at vintage cocktail dresses on Google Images.