An Interview with Sheila McClarty 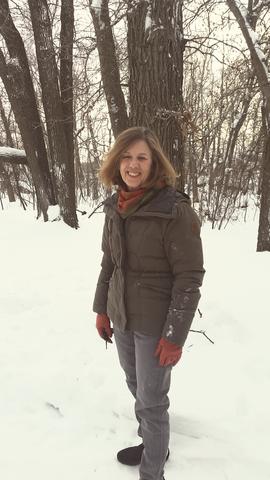 Sheila McClarty’s "Flag Girl" appears in The Fiddlehead No. 269 (Autumn 2016). The explosive story depicts a woman processing the ravages of cancer. With a straightforward voice, it uses stunning sensory details to focalize a rich and paradoxical point of view. The first person narrator presents herself as having an outwardly abrasive persona, but over the course of the story, she learns to recognize and embrace a vulnerable side to her identity.  "Flag Girl" undercuts notions of femininity while exploring the complex relationship between self and the body. Ultimately, it addresses the often tenuous bonds that form our lives, from our bodies to the people we love most.

Sheila McClarty graduated from the University of Toronto with a Master's Degree in Social Work. Her collection of short stories, High Speed Crow, reflects a widespread fascination with the people and the moments that shape our lives. She has published other short stories which have appeared in various magazines, including Grain, The Antigonish Review and previously in The Fiddlehead. She lives outside Oakbank, Manitoba with her husband, two teenage children, and a herd of horses.

Grace Annear was The Fiddlehead's editorial assistant for Fall 2016. This interview was conducted via email.

Grace Annear: Shelia, thank you for taking the time to speak about your story. If you don’t mind, I’d love to start off talking about theme. The body as a lived experience seems to be one of the main elements of this story; we have a protagonist whose body is altered by cancer and who interprets her emotions through physical sensation (the tattoo moment, the “puke” moment). Can you elaborate on how the body experience ties in thematically with the narrative, with the chosen settings and the newfound human connections?

Sheila McClarty: In the opening scenes of this story, the main character experiences isolation from the other two women. She comments that she would never choose Cassandra or Anika as friends nor be on their guest lists, and she is also physically separated from them in the backseat of the car, overhearing but not participating in their conversation. Although I never thought of the significance of this setting while writing the story, in retrospect it highlights Flag Girl’s sense of isolation, loss and dealing with her illness alone.

In the grocery store scene the women separate; Cassandra and Anika go off together and Flag Girl is on her own. However, when they are parting for the weekend, the three women hug, which denotes a change in their relationship. An act of belonging and connectedness on Flag Girl’s part is underscored when she wonders what Cassandra and Anika are doing when she is alone on the riverbank.

Although the initial setting of carpooling is forced upon the women, as the story evolves their closeness becomes chosen, and rises above only sharing the same illness.

While writing this story, these decisions seem instinctual and it is a good exercise to reflect on them and try to understand their conception.

GA: This first person protagonist tells her story in a voice that shouts off the page. From the get-go, her abrasive tone seems to be a false front, an attempt to cover up a tender underbelly, or an attempt to avoid processing her grief and her loss. To me, this wonderful nuance seemed like the heart of the story. At what point in the process did this voice appear, and can you elaborate on its development?

SM: This story was developed over numerous drafts, but Flag Girl’s abrasive tone was present from the first draft. For me, the challenge was to control this voice and try not to allow it to overwhelm the narrative. When I started the story, I had no idea where it was going and it was only through rewrites that it slowly began to develop. The character came to me and then I had to figure out what to do with her. I had abandoned a title, which I really liked from a different story, "The Three of Them," and thinking about this, I made the decision to write this story about three women. I knew Flag Girl would provide the tension and differentiate herself from the other two characters.

Flag Girl’s vulnerability grew as I began to develop her character in my mind, not unlike getting to know someone in a friendship. While writing, I was not exactly cognizant of these issues, or articulating them in my mind to move forward with the story. It was more a trial and error style. For example, once I gave Flag Girl a tattoo, it needed to serve a purpose, reveal an insight into her personality.

GA: In many contemporary cancer narratives, an ill woman's prescribed gender role includes a sense of ethereal and beautiful weakness, which is meant to infer a sense of heroism. This story, however, depicts three women with extreme illness whose lives and behaviour differ from the stereotypical idealization of the weakened and ill female. Can you comment on the importance of tearing down this "heroic" idealization?

SM: I think heroism comes in many different forms. I didn’t set out to redefine heroism when I started writing Flag Girl. Soon into the story, I realized that Flag Girl’s journey would differ from the stereotypical portrayal, largely because Flag Girl’s perception of herself was at odds from the majority of women. At the same time, although hidden, she harboured the same needs and desires for comfort and support during her illness. I have always been astounded at the courage of women when dealing with illness and always feared that I would come up short in similar circumstances. So although this is a fictional account of dealing with breast cancer, I think it is an example of writing from my own fears. In my mind, Flag Girl is a hero and her journey towards healing is a commendable one. The importance of tearing down “heroic” idealization is to allow characters to take different paths to reach the same destination.

GA: At the moments of most obvious action, the narrative mode switches from directly in-scene to exposition. For instance, in the grocery store, the moment that the protagonist angrily shouts at a grocery store clerk and shoplifts three chicken breasts, the event shifts away from a beat-by-beat depiction and into a dialogue-less exposition. Can you comment on the decision to steer away from playing out this scene, and by default, emphasize other moments?

SM: I was cognizant of this shift and in early drafts the story had continued in a beat-by-beat depiction, and the secondary characters, Cassandra and Anika had played a more active role. This, however, served to weigh down the story and not allow Flag Girl to experience her true self.

I chose this shift so that the tone of the story would become quieter, more introspective in nature and make it solely the main character’s story. My thoughts were to change the focus to Flag Girl’s internal dialogue, to allow the reader to experience the character’s private self, to see underneath her external shield.

GA: This story is written in such a sharp, clean, and driven sort of diction. What are your current preoccupations as a writer, linguistically and thematically?

SM: I continue to be enamored with the short story form.  Presently, I am revisiting past stories and rewriting them. I tend not to think too much about theme in the draft stages of the story.  Once the story is complete, I try to summarize it into one sentence, which I suppose is really attempting to define the theme. I find this particularly helpful when struggling with the story’s ending.

GA: There seems to be a stunning amount of emotional veracity in terms of the protagonist’s experience of cancer. Can you talk about the research that went into creating that world and that voice?

SM: During my working years, I was employed as a Psychiatric nurse and as a Social Worker in the medical field. In order to capture the protagonist’s emotional veracity, I thought a lot about her situation. Here was a woman working in the construction industry, whose strength was in holding her own in this environment, hiding her feelings and femininity, and now she was facing breast cancer. Being tough on the outside was a defense that was letting her down and not allowing her to accept support from others. I attempted to place myself in these shoes and write from the character’s heart.

GA: This is a rather personal question, and a rather loaded one, so I hope you don’t mind me asking it. Do you use your writing to work through your own personal thoughts, or is fiction more of a way to explore different worlds for you?

SM: "Flag Girl" is purely fictional. I began writing this story several years ago when I was a student of the Humber School of Writing by correspondence. When I submitted it to my mentor, I told her that I was apprehensive of this story. I am not one of those writers comfortable or capable of fictionalizing real-life situation, so even though my characters in my other stories experienced events I had never, the content of this piece worried me. My mentor encouraged me to continue working on this story. In my mind, "Flag Girl" is essentially a story of healing and I hope this translates to the reader.

Overall my fiction is a way of exploring other worlds. At the same time, I realize that my imagination is fueled by my own conflicts and fears, conscious or not.

The settings in my stories are often familiar ones that have been changed or enhanced to accommodate my characters. I prefer settings that provide natural boundaries, enclosing the characters, such as the inside of a car, forcing intimacy and encouraging the characters to disclose their secret lives.

GA: Your writing interests seem to be incredibly broad! Your short story collection, High Speed Crow, brims with a selection of diverse and self-contained stories, and this new story is no exception. Is there any particular facet that links together your body of writing, at least in your eyes?

SM: This is a hard question and I wish I had a definitive answer. I think my stories tend to be more character-driven than plot-driven. Perhaps, voice links them together. In terms of my interests as being broad, I think this is a function of my age!

GA: Are there any writers or texts that you turn to for inspiration? Can you tell us what inspired this piece?

SM: I don’t recall precisely what inspired "Flag Girl." I do have a memory of this character coming to me while I was driving my car. My recollection is that it was one of those rare occurrences when a character appears unbidden.

There are many writers that I turn to for inspiration. While reading, I mark passages that stand out for me and often go back and read them again. In the past year, I kept a record of books that I read and checked off titles and individual stories to reread in the future. I tend to read as many novels as short story collections. Certain short stories stand out for me and here are five that inspired me over the past year: The Bishop by Anton Chekhov, After the Denim by Raymond Carver, Dark Lady by Margaret Atwood, In a Time of Drought and Hunger by Gerard Beirne, and Corrie by Alice Munroe.

GA: What’s next for you? Can you tell us about any upcoming writing projects?

SM: I am in the process of reviewing and rewriting stories that I have written over the past few years. Also I am working on a new short story that is historical fiction.