An Interview with Wayne Yetman 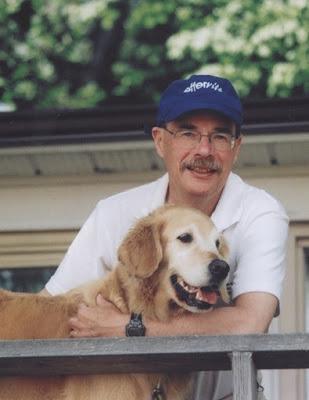 Wayne Yetman, whose story "His Brother's Keeper" appears in our current Autumn issue, writes fiction and non-fiction from a base in Toronto. His short stories have previously appeared in The Antigonish Review and The New Quarterly, among others. This interview was conducted by Fiddlehead editorial assistant Ryan Gaio by email in early December 2015.

Ryan Gaio: I'd like to start on a very macro level: I'm always curious to know about other writers' creative processes, and particularly, the genesis of their work. Could you tell us a bit about how "His Brother's Keeper" came about? What triggered the chain of falling dominoes that led to this tale?

Wayne Yetman: I knew a man whose brother was castrated as a cancer treatment. It struck me that this embarrassing topic rarely comes up in fiction and I should do something with it. But when I wrote the first few paragraphs the caregiver emerged as arrogant and condescending. From there, like a dog dashing from tree to tree in the park, I simply followed my nose to wherever it led me. The castration business retreated in importance, becoming just one of several tools accentuating the caregiver's dubious commitment to his cause.

RG: I recently had the pleasure of reading a new submission of yours to The Fiddlehead. I forget the title, but it, too, focused on two brothers, one of which was taking care of the other. I was wondering: is this a recurring trope in your stories? If so, what is it about the bond between siblings — particularly male siblings — that so interests you? Is it an urge rooted in autobiography, or is it just a dynamic you find creatively stimulating?

WY: I have to confess I have no particular interest in siblings, male or female. Yes, several of my recent stories deal with brothers but I am a high production writer and have written many many stories that have nothing to do with brothers. I am not a Man With A Mission or A Message. I just grab hold of a phrase or image I like and build from there.

But you have caught on to something in that most of my stories focus on only two people, usually husband and wife. That reflects my own experience. I was an only child from a working class family, a hard core Introvert, and am married without children. So I don't feel equipped to write about kids or young people. I have very little violence in my stories, no one uses the F-word, and there are no drug dealers, alcoholics, or serial abusers. I seem to write about ostensibly educated and successful adults churning around in the sand box of life. I find that to be great fun.

RG: The story is told by a 3rd-person narrator, yet it is largely filtered through David's perspective. Many of the other characters' thoughts and feelings are distilled to the reader through David's assumptions of those characters' thoughts and feelings — David "could tell" Rupert's mind was fixed on Rosemary; David "could see them struggling to keep from shaking their heads in despair." It's quite possible that these are wrong assumptions on his part, yet they're what the reader is given. So, I'm curious: why did you choose this narrative tactic, and particularly, why did you choose this method rather than have David as a 1st-person narrator?

WY: The tack once I got going was to 'out' David as a not very pleasant person and an unreliable caregiver. But I really got a kick out of his nasty thoughts, reprehensible as they were. It's important to me to play with a story rather than get too solemn. His habit of deluding himself was a major part of that. If I had used his first person voice then the reader would never be quite clear how reliable he really was. The way I did it I could steer things a little more.

Mind you, this is all hindsight. I don't have a plan when I start a story. It tells itself the way it wants to.

RG: Oftentimes, I found David's judgments about the story's other characters to be overly critical, sometimes condescending. He feels Tony's favorite restaurant is "hardly the place for a celebration"; he rather cruelly looks down upon a colleague who has to plan his own retirement party. What made you choose to instill David with these critical characteristics, and do you feel there is a link between these attitudes and his career in the civil service?

WY: I laboured in the civil service for a while and found it very frustrating. But once I got out on my own I discovered that I was still just as frustrated, just as angry, just as pouty as before. This was a huge lesson in my life. I learned that I was as much a part of the problem as the bureaucracy. So ever since I have tried to be a little less demanding of others and more flexible myself.

Unfortunately, in the heat of writing this story I dropped my guard and let my ugly thoughts of the past take over. But David is so wonderfully petty and seduced me entirely.

RG: One of David's most critical attitudes is displayed towards his ex-sister-in-law's career as a writer — he condescendingly remarks that Rosemary was "no doubt assessing the whole affair for a place in her latest opus," and there is, throughout, a suggestion that Rosemary pilfers or leeches her own life for material. I was curious to know what your intentions were with this characterization? Do you echo David's sentiment that there is something shameful or exploitative in a writer writing about their own life?

WY: I certainly do not see writers as exploitative when they draw on their own lives or what they see around them. I do it all the time. But there are people who would take another view on that issue and David, God bless him, might be one of them. That's fine. He may be right — there must be exploitive writers out there somewhere. But really, to me this is all just part of his sour personality. I don't think he has a hard and fast position on writing or writers. He's out there zooming towards Saturn — he's not grappling with questions that intrigue wordsmiths.

I would hope that readers pay attention to the other characters as much as David. He may be entertaining but I thought the rest of them handled a potentially painful series of events in a pretty positive way. Their maturity further sets off his immaturity in my mind.

RG: I read Rupert's medically-necessary castration as a symbol of demasculinization. Was this symbol intentional? If so, what, do you feel is its significance to this story, particularly when paired with Rosemary's feminine power?

WY: To me, Rupert's medical problems are nothing more than medical problems. I did not envision some sort of demasculation struggle going on between him and his former wife. But if that is what the reader sees then so be it. Maybe I don't recognize my own genius. Maybe David is having the demasculation crisis.

On the other hand, Rosemary and Rupert seem to find common ground in the end. So if there was a demasculation struggle then it seems to have resolved itself fairly positively.

RG: The ending lines, for me, suggest that despite David's best attempts to protect and know his brother, the reader realizes that David really knows little about Rupert, and that Rupert's life is beyond David's control. What is this ending meant to suggest for the two brothers and their relationship? Which brother, exactly, is the keeper of the other? What does this ending suggest about the relationship between siblings, particularly relationships in which power dynamics try to establish one sibling as "protector" of the other?

WY: I would not like to claim any particular wisdom when it comes to sibling relationships. I enjoyed watching David act out his strange illusions with the hint that he might soon be hoisted on his own petard. But to me, there was something far more important going on.

My experience is that unusual tensions can emerge when a family member is very sick or dying. I wouldn't want to be too judgmental about those tensions. Dying is a hard old haul and I'd like to give the literary participants as much leeway as possible. So while David comes out appearing as a bit of a nasty, I hope I didn't turn him into the essence of evil. He's just one of us, struggling on, baggage and all.

RG: Again, to return to the macro: Who are some of the writers you sought for inspiration on a piece like this one? Are those influences different from the writers who typically influence your work?

WY: I didn't particularly seek out anyone for inspiration on this story or any other story. But I regularly re-read Alice Munro's short stories — she is the best and I would like to learn from her success. Years ago I was addicted to Wilderness Tips by Margaret Atwood. Both of those writers seemed to bring a clean yet incisive style to complex interpersonal conflicts.

I have learned the most from simply hammering out story after story over the years. Gradually my writing evolved from amateurish to better. Every so often a story stands up and yells: "Look at me, look at me. I'm really good." I've had twenty-eight stories published so there's been a decent amount of yelling. But a lot of the time the little guys just slink away into the Active But Resting file. It keeps me humble.

RG: BONUS QUESTION JUST FOR FUN: You're stranded on an island with nothing but a record player and one album of your choosing. Which is it???

WY: I recognize this question offers me the opportunity to burnish my authorial "brand" with a quirky revelation. I must fail this test. Writing takes a lot of time so music is a low priority with me. I couldn't imagine listening to any album for any length of time. Besides, on a remote island there probably wouldn't be any electricity to run the record player.

But I would be eager to take the Bible to this island. I am not religious but I have always wanted to read the entire Bible in a relaxed manner and understand what it says and how it is constructed. This could be my opportunity. I suspect this choice will not do much for my authorial image however.