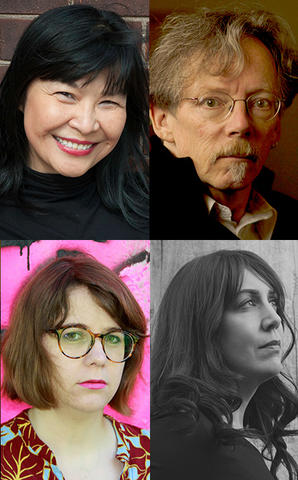 The Fiddlehead is pleased to introduce our judges for the 28th annual literary contest! Carrianne Leung will be judging our fiction category, and Phil Hall, Claire Kelly, and Nyla Matuk will be our poetry judges!

Carrianne Leung is a fiction writer and educator. She holds a Ph.D. in Sociology and Equity Studies from OISE/University of Toronto. Her debut novel, The Wondrous Woo (Inanna Publications) was shortlisted for the 2014 Toronto Book Awards. Her collection of linked stories, That Time I Loved You, released in 2018 by Harper Collins Canada was also nominated for the 2018 Toronto Book Awards. It was reviewed in the Globe and Mail as a "memorable, bewitching read."

Phil Hall has been publishing poetry in Canada since the early 70s, and is the author of many books & chapbooks. For Killdeer (BookThug, 2011) he won the Governor General's Literary Award for Poetry as well as Ontario’s 2012 Trillium Book Award. His most recent trade books are: Guthrie Clothing: The Poetry of Phil Hall — A Selected Collage (Sir Wilfrid Laurier University Press, 2015), and Conjugation (BookThug, 2016). Two of his most recent chapbooks are: Notes on Assemblage (JackPine, 2017), and (with Erín Moure) The Interrupted (Beautiful Outlaw, 2017). He has taught widely, & been in residence at Queen’s University, the University of Ottawa, Sage Hill, the Pierre Berton House, and elsewhere. He is the Director of The Page Lectures at Queen’s University. And this year he is writer-in-residence at UNB in Fredericton.

Claire Kelly's first full-length collection, Maunder, which centres on the act of walking, is available from Palimpsest Press. In 2016, she curated a chapbook of emerging Edmonton poets for Frog Hollow Press’ City Series. Her writing has appeared online and in journals across Canada, most recently in Juniper, The Puritan, Alberta Views, Prairie Fire, Poetry is Dead, Minola Review, CV2, and The Literary Review of Canada. In 2017, her poem “Mother, What Should We Do Now?” was longlisted for the CBC Poetry Prize, and her poem “First the Children Stopped Asking for a Ride” was featured in the League of Canadian Poets’ Poem in Your Pocket Booklet. One Thing – Then Another, her second collection of poetry, will be released in April 2019 with ECW and looks at the disjointedness of cross-country relocation. Claire lives and writes in Edmonton, AB, where she works at NeWest Press. You can reach Claire on Twitter (@ClaireElKelly).

Nyla Matuk is the author of two poetry collections: Sumptuary Laws (2012) and Stranger (2016), and a chapbook, Oneiric (2009). Her poems have appeared in a number of magazines and literary journals in Canada, the U.S. and the U.K., including The Poetry Review, The New Yorker, Poetry, PN Review, Arc Poetry, The Walrus, Canadian Notes and Queries, and The Literary Review of Canada. Her work has been anthologized in The Best Canadian Poetry in English and New Poetries VI, published by Carcanet Press in the U.K. She has been nominated for the Walrus Poetry Prize and the League of Canadian Poets’ Gerald Lampert Memorial Award and was the 2018 Mordecai Richler Writer in Residence at McGill University. 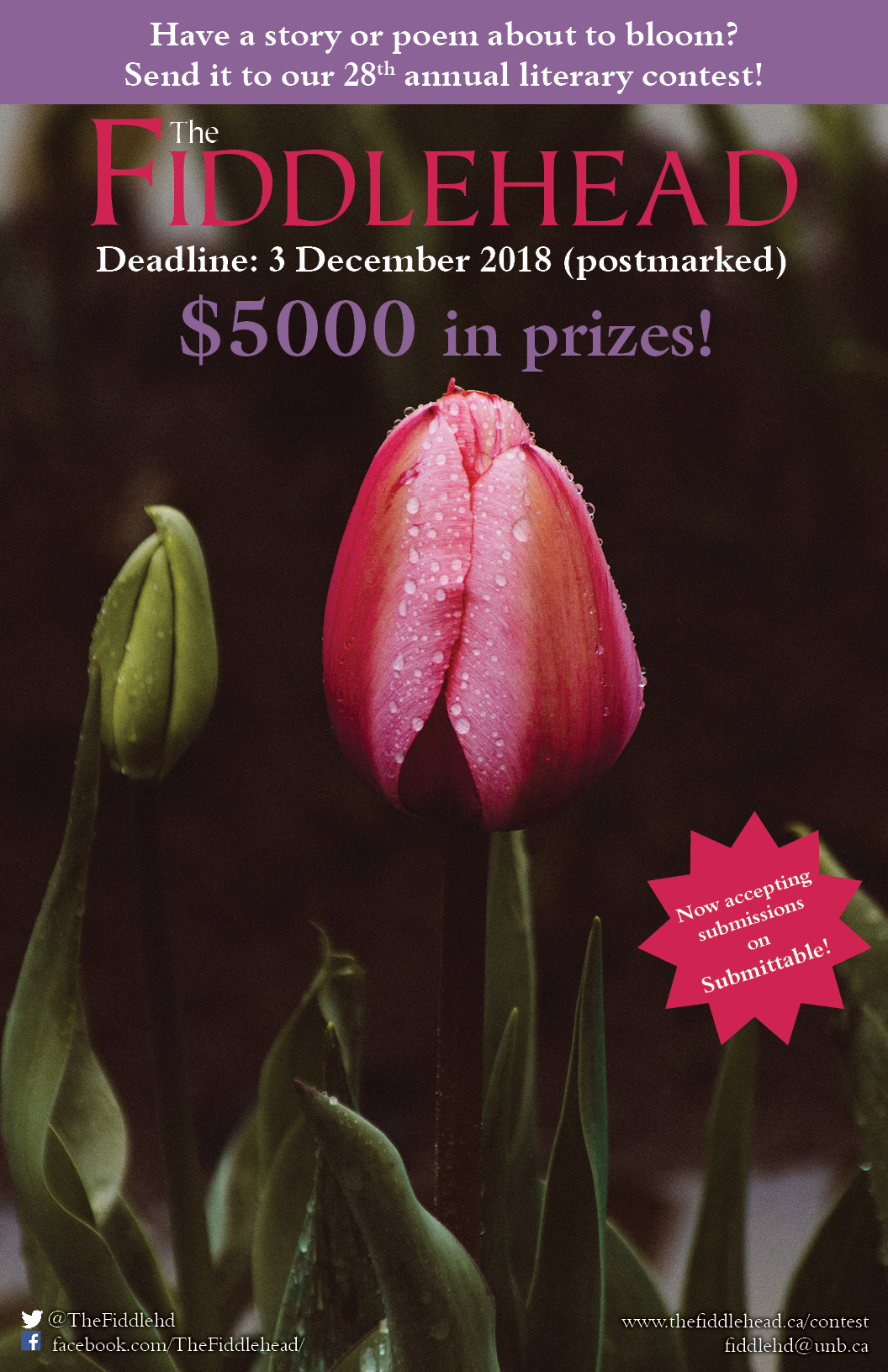