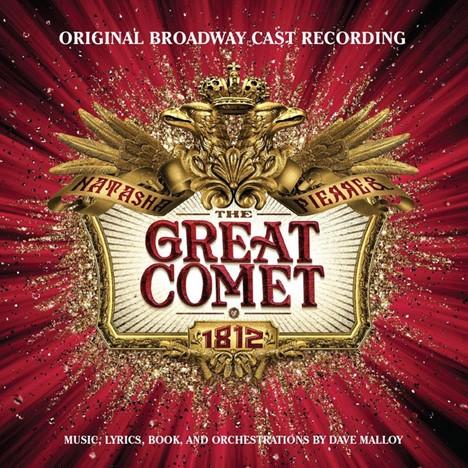 Natasha, Pierre and the Great Comet of 1812 is a pop-rock opera that’s especially fun for novelists or anyone who loves big classical novels. The musical is inspired by Tolstoy’s War and Peace, but it doesn’t depend on your being a fan of the 1300-page book. I struggled to get through the novel, and yet I’ve now listened to this musical adaptation more times than War and Peace has pages. Okay, that’s an exaggeration, but I’ve listened to it a lot, and it’s not only because the musical draws from just the 70 most juiciest pages of the source material. A big part of the pleasure comes from the show being a celebration of the novel form in general.

The Great Comet is a sung-through musical, meaning the whole narrative comes through the songs and there’s no spoken dialogue; this enables listeners of the album to enjoy the story even if they haven’t seen the play. Les Misérables is another sung-through musical also adapted from a sweeping novel published in the 1860s, and it’s probably my favourite musical, but it never acknowledges that it’s based on a novel. The Great Comet does more than acknowledge: it employs the sung-through form to relish in the wonder and contrivances of classical novels.

The opening song (“Prologue”) immediately informs the audience that they’re in the world of a novel with its chorus: “You are at the opera/You're gonna have to study up a little bit/If you wanna keep with the plot/'Cuz it's a complicated Russian novel/Everyone's got nine different names...” Next the listener might notice that characters are singing their actions as if reading a third-person POV, simultaneously moving the story forward while humorously highlighting how writers reveal emotion through action. I laugh every time the handsome and petulant Anatole sings: “Anatole sits at a table, frowning and biting his lips.”

For two riveting hours, the musical manages the impressive feat of spotlighting the devices of a literary novel without diminishing any of the emotional punch that a great novel delivers. By the end, when the awesome comet of 1812 appears, the listener feels both the searing uniqueness of a certain time and place and set of people while also feeling what connects them to the universal. This is precisely what the best novels do. When listening to The Great Comet, I am infused with such an exuberant love for novels; it makes me want to get back to the desk and write. 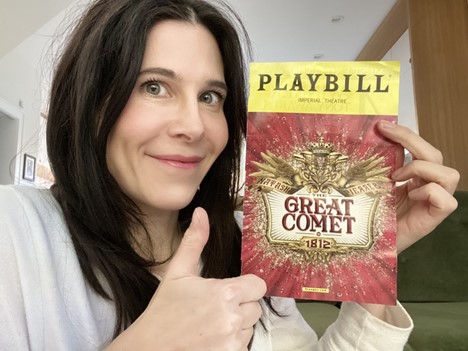 Jessamyn Hope is the author of the novel Safekeeping—winner of the J. I. Segal Award and a finalist for the Paterson Fiction Prize and the Ribalow Prize. Her short stories and essays—originally published in Ploughshares, PRISM International, Descant, and elsewhere—have been selected for Best Canadian Essays, two Pushcart Prize honorable mentions, and a Best American Notable. Her short story "Verified Purchase" is featured in the 2022 autumn issue of The Fiddlehead. She grew up in Montreal and lives in New York City.