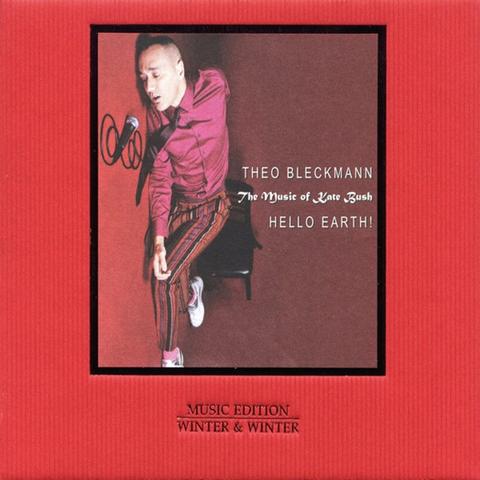 "Now that Kate Bush is experiencing a revival of popularity, it seems like a good time to highlight Theo Bleckmann's cover album, Hello Earth (2015), which features a shimmering, pensive version of "Running Up That Hill." Although both Bush and Bleckmann share a willingness to experiment with vocalizing, Bleckmann delivers more sombre interpretations here, often opting to drop into a lower register from Bush's distinctive female falsetto, smoothing out the theatricality of her original tracks with his dulcet voice and jazzy arrangements. Despite this, the album still demonstrates a wide range, from sensuous slow burns in the sensitivity of "This Woman's Work" and the dreamy landscape of the title track to more rousing listens like the lively male chorus of "Army Dreamers," the headbanging "Violin," or delightfully syncopated "Saxophone." Regardless of which direction Bleckmann takes these covers, the result feels luxurious, like wrapping yourself in a lustrous, textured velvet cloak with a gorgeous drape.

p.s. Because it's a Hot Strike Summer, I'm going to cheat and add an extra, more recent cover by Bleckmann, this time collaborating with The Westerlies: “Look for the Union Label.” The track is a reflective and ominous rendition that drives to an ending both militant and haunting, perfectly capturing the state of the labour movement in a time of late capitalism. You can listen to this song on YouTube which is followed by the original ad for the International Ladies Garment Workers Union."

Kawai Shen is a writer based in Toronto. Her story "Minimalism" will be featured in an upcoming issue of The Fiddlehead.