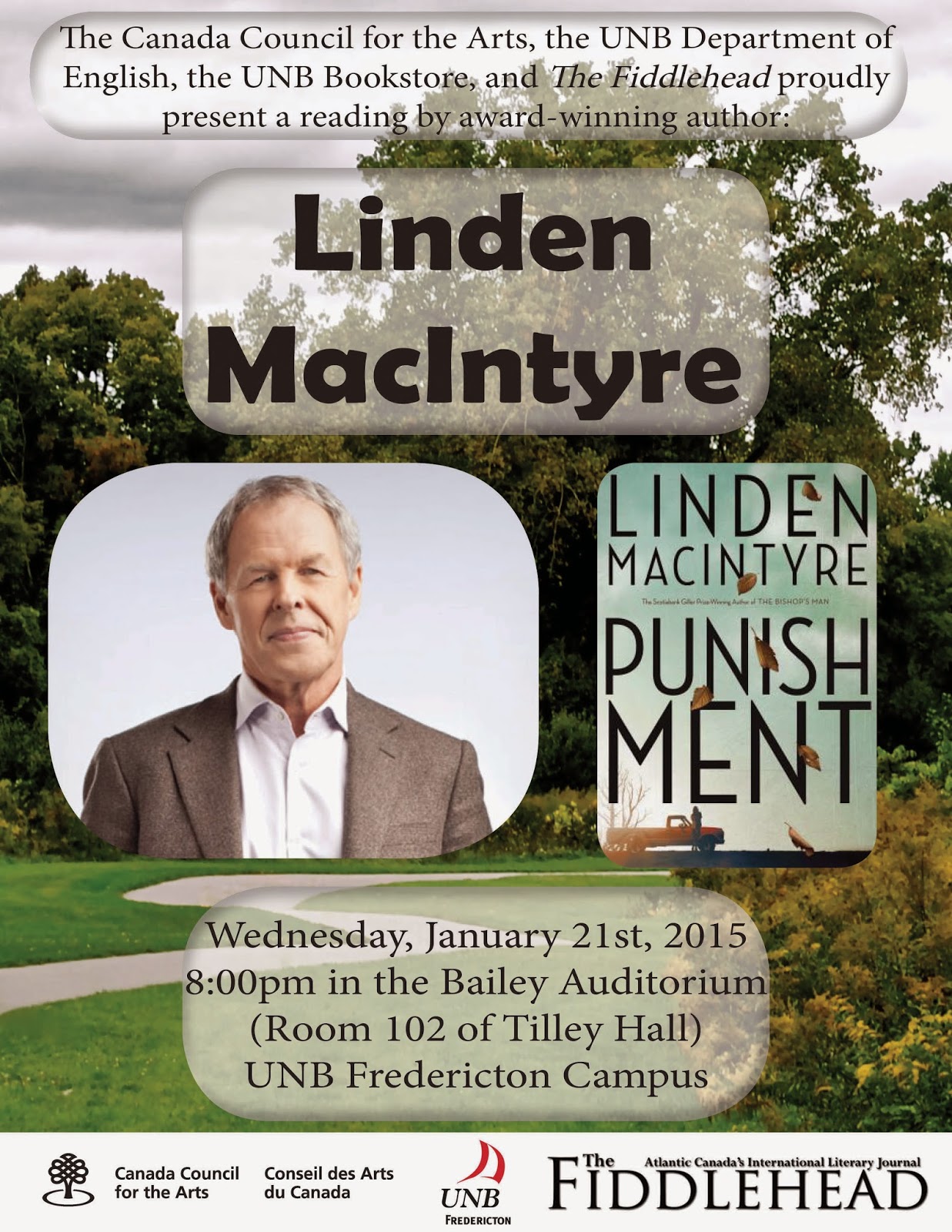 The University of New Brunswick would like to invite you to a reading by the critically acclaimed novelist Linden MacIntyre, author of Punishment, published last year by Random House. In this new novel MacIntyre presents a powerful exploration of justice and vengeance, and the peril that ensues when passion replaces reason, in a small town shaken by a tragic death.

A Canadian journalist, broadcaster and novelist, MacIntyre has won eight Gemini Awards, an International Emmy, and numerous other awards for writing and journalistic excellence. His childhood memoir Causeway (2006) won The Evelyn Richardson Prize and The Edna Staebler Award for Non-Fiction. His fiction has included his bestselling novel The Long Stretch (1999), and The Bishop’s Man (2009), which was the winner of the Scotiabank Giller Prize and the 2010 Libris Fiction Book of the Year Award.

His reading will be held on Wednesday, January 21st at 8:00pm in the Bailey Auditorium, room 102 of Tilley Hall, on the UNB Fredericton Campus.

Admission is free and all are welcome to attend!