Join us Sunday, December 1 at 2pm for a literary afternoon featuring Fredericton novelist, Mark Anthony Jarman, and Moncton poet, Kerry-Lee Powell. The event includes a book draw for everybody in attendance, and an open set, for those among us who wish to share their writing at the mic (three minutes each).

We meet at 2pm on the odd sundays of the month — first, third, and sometimes fifth — at Molly’s Coffee House (554 Queen Street). Buy a drink and/or lunch from our eclectic hosts Molly and Daryl, settle in at one of our friendly tables, and enjoy an afternoon dedicated to writing. 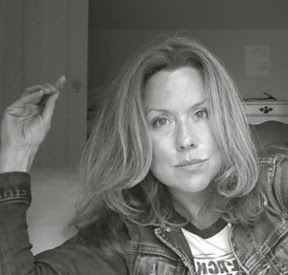 Kerry-Lee Powell was born in Montreal and has lived in Antigua, Australia and the United Kingdom, where she received a BA in Medieval and Renaissance Literature and an MA in Writing and Literature from Cardiff University. Her poetry has appeared in The Spectator, Ambit and MAGMA. Her fiction has been published in The Boston Review, The Malahat Review and the Virago Press Writing Women series. She has been nominated for a National Magazine Award and a Pushcart Prize. In 2013 she won The Boston Review fiction contest, The Malahat Review’s Far Horizons award for short fiction and the Alfred G. Bailey manuscript prize. Her debut collection of poetry is forthcoming from Biblioasis Press. A chapbook entitled The Wreckage will be published in the United Kingdom by Grey Suit Editions in 2014.

Mark Anthony Jarman is the author of 19 Knives, My White Planet, New Orleans Is Sinking, Dancing Nightly in the Tavern, and the travel book Ireland’s Eye.  His novel, Salvage King Ya!, is on Amazon.ca’s list of 50 Essential Canadian Books and is the number one book on Amazon’s list of best hockey fiction.

Jarman has won a Gold National Magazine Award in nonfiction, has twice won the Maclean-Hunter Endowment Award, won the Jack Hodgins Fiction Prize, and has been included in The Journey Prize Anthology and Best Canadian Stories and short-listed for the O. Henry Prize and Best American Essays. He has published recently in Walrus, Canadian Geographic, Hobart, The Barcelona Review, Vrij Nederland, and reviews for The Globe & Mail. He is a graduate of The Iowa Writers’ Workshop, a Yaddo fellow, has taught at the University of Victoria, the Banff Centre for the Arts, and now teaches at the University of New Brunswick, where he is fiction editor of The Fiddlehead literary journal.