Anne Simpson’s second book of poetry, Loop, won the Griffin Poetry Prize in 2004; her fifth book of poetry, Strange Attractor, is forthcoming. She has also written novels, of which Falling (McClelland & Stewart, 2008) is the most recent. Her book of essays, The Marram Grass: Poetry and Otherness, is a series of meditations on poetry, art, and philosophy. In the fall of 2017, Anne was the Writer-in-Residence at Green College, UBC. She lives in Antigonish, NS.

Jan Wong is an award-winning Canadian journalist. As the Beijing bureau chief for the Globe and Mail, she covered the massacre in Tiananmen Square. Her first book, Red China Blues: My Long March from Mao to Now, was named one of Time magazine’s top ten books of 1996, and remains banned in China. For twenty years, Jan was one of the Globe's best-known reporters. Following a controversy sparked by one of her stories, and a rebuke by her own newspaper she fell into a clinical depression. Jan tells the harrowing tale of her struggle with workplace-caused depression, and of her eventual emergence in Out of the Blue: A Memoir of Workplace Depression, Recovery, Redemption and, Yes, Happiness. Jan Wong is a graduate of McGill University, Beijing University and Columbia University’s Graduate School of Journalism. She currently divides her time between Toronto and Fredericton, where she is a professor of journalism at St. Thomas University. 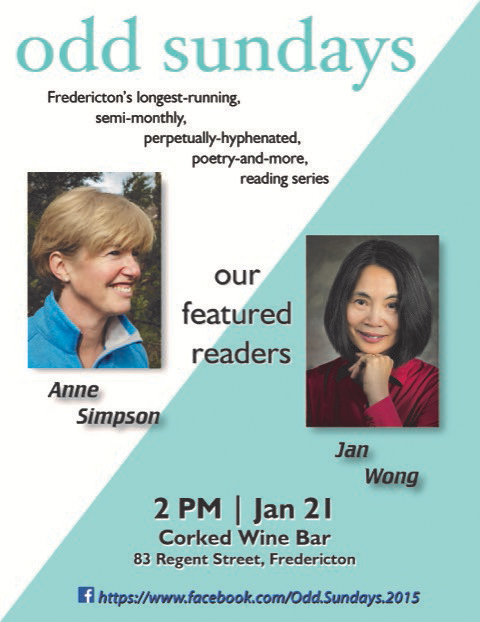