Odd Sundays meets again on April 2 at Corked Wine Bar, 83 Regent St., and the featured readers are Lisa Alward and Riel Nason. The reading begins at 2pm with the feature readings, followed by an open mic and book draw.

Lisa Alward is a Fredericton short story writer. Her story "Cocktail" won the 2015 Fiddlehead Short Fiction Prize and was selected by John Metcalf for the 2016 edition of Best Canadian Stories. Her story Old Growth won The New Quarterly's Peter Hinchcliffe Fiction Award in 2016 and will be appearing in 17: Best Canadian Stories. It has also been nominated for the Journey Prize and a National Magazine Award. Most recently, one of her stories received an honourable mention in a Short Story Award for New Writers contest sponsored by the American journal Glimmer Train. Her fiction has been published in The Fiddlehead, The New Quarterly, The Dalhousie Review, and The Nashwaak Review. She is presently working on a first collection of stories.

Riel Nason is a novelist and textile artist. Her acclaimed debut novel The Town That Drowned won the 2012 Commonwealth Book Prize for Canada and Europe, and the 2012 Margaret and John Savage First Book Award.  It was also shortlisted for several other literary awards as well as longlisted for the 2013 International IMPAC Dublin Literary Award.  Her second novel All The Things We Leave Behind was published in September, 2016. Riel grew up in Hawkshaw, New Brunswick and now lives in Quispamsis, NB with her husband, son, daughter and cats. 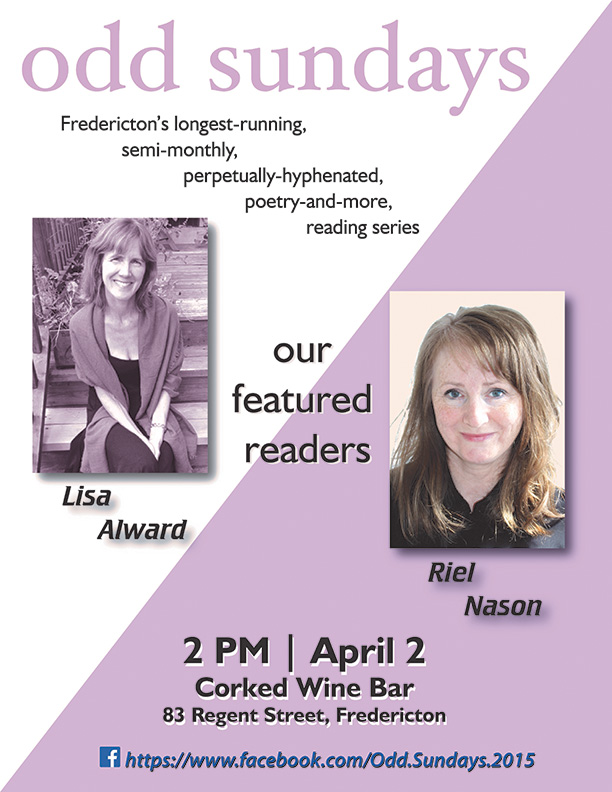