It was indeed unfortunate that the weather forces conspired against us on November 4, and that afternoon’s session had to be cancelled. Many people, including our host - Corked - lost power; many still have not had their power resumed. Our hope is that situation will be remedied soon.

But we are not deterred. Odd sundays will resume once again on November 18, at Corked Wine Bar, 83 Regent St at 2 PM. We invite all to come and enjoy an afternoon of readings from our special guests, Phil Hall and Allan Cooper. Join in the festivities with a drink from our host Charlotte, get a book draw ticket, add your name to the open mic set list and sit back and enjoy the afternoon.
~~
Phil Hall has been publishing poetry in Canada since the early 70s, & is the author of many books & chapbooks. His book of essay-poems, Killdeer (2011), won the Governor General's Literary Award for Poetry in English, as well as Ontario’s Trillium Book Award. His most recent trade books are: Guthrie Clothing: The Poetry of Phil Hall—A Selected Collage (2015), and Conjugation (2016). His most recent chapbooks are: Notes on Assemblage (2017), The Interrupted (with Erín Moure, 2017), & Alternative Girders (with Stuart Kinmond, 2018). In 2015, Killdeer was translated into French by the NB Acadian poet Rose Deprés, & published as Le pluvier kildir by Éditions Prise de parole.
Phil has taught widely, & been in residence at Queen’s University, the University of Ottawa, Sage Hill, the Pierre Berton House, & elsewhere. He is the founder and Director of The Page Lectures at Queen’s University.
Phil is the current Writer-in-Residence at UNB in Fredericton.

Allan Cooper has published sixteen collections of poetry, including Gabriel’s Wing, Everything We've Loved Comes Back to Find Us (Gaspereau Press, 2017) and Toward the Country of Light: New and Selected Poems (Potterfield Press, 2018). He has twice won the Alfred G. Bailey Award for poetry and received The Fiddlehead Poetry Book Prize, New Brunswick Book Awards in 2018. He is the founder of Owl's Head Press and has been the editor of the intermittently-published literary journal Germination since 1982. Cooper is also a songwriter and performer. His recent musical projects include Rosedale and Songs for a Broken World. Allan divides his time between his ancestral home in Alma, New Brunswick and Riverview. 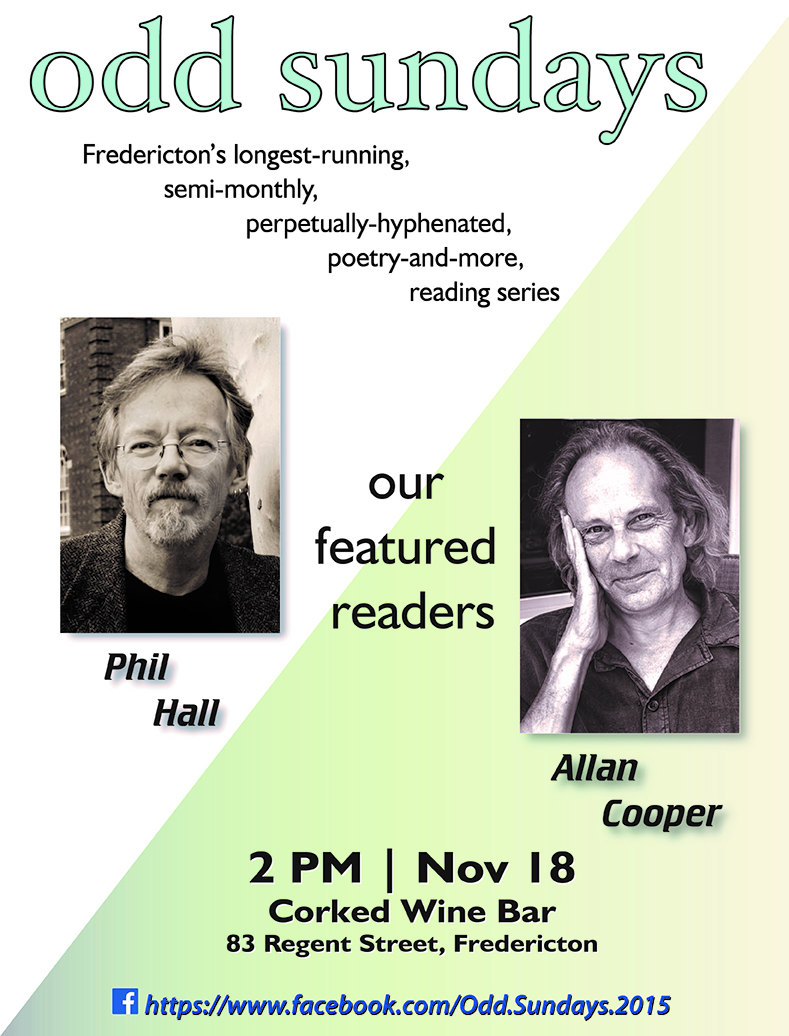