Odd Sundays meets again on April 23 at Corked Wine Bar, 83 Regent St., and the featured readers are Laura Noble and Katherine Ouellette. Their appearance at odd sundays is partial fulfilment of the requirements for their Honours Thesis in Creative Writing course at St. Thomas University. Since their proposed novel projects were approved by STU’s English Department in May 2016, they’ve been researching, plotting, writing, and rewriting under the supervisory eye of Kathy Mac (aka Dr. Kathleen McConnell). The reading begins at 2pm with the feature readings, followed by an open mic and book draw

Laura is a St. Thomas post-grad student who is completing her concentration in Creative Writing. Laura has spoken at the Annual Atlantic Undergrad English Conference both academically and creatively. She works in the New Brunswick public school system, organizing events based on raising awareness of the importance of writing and public speaking.

Katherine is a fourth year student at STU, who will graduate this spring. She aspires to attain a Masters Degree in Creative Writing and publish more work in the future. Katherine's manuscript, "Refraction," follows the main character Samuel throughout his life, focusing on his relationship with his older brother Marcus. Told in a non-linear fashion through Samuel's memories from childhood to adulthood, Refraction showcases both the comfort of family as well the many hardships that the brothers' bond must endure. 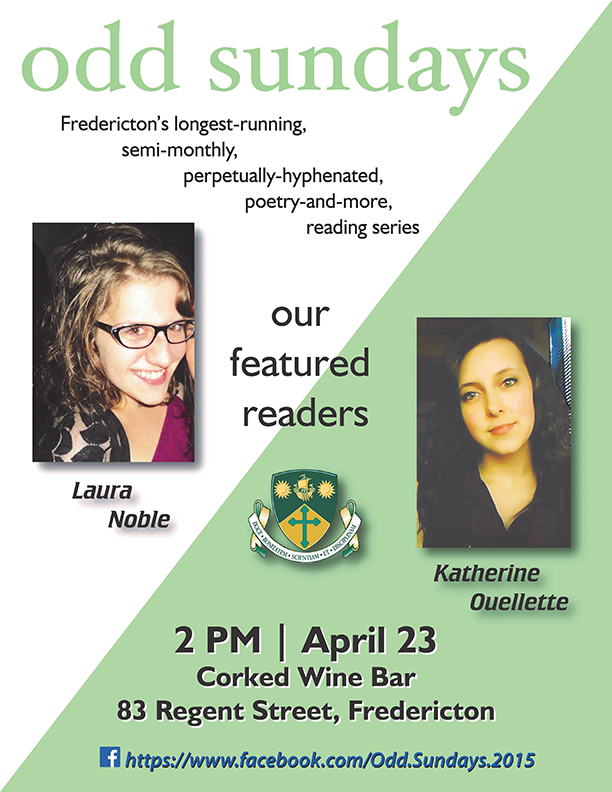 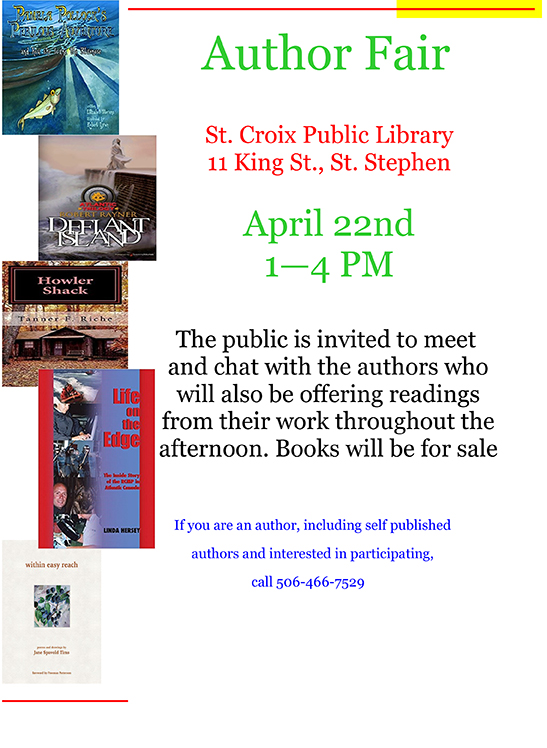