Odd Sundays will take place once again at Corked Wine Bar, 83 Regent St. at 2 PM on Sunday, October 29. Our guest readers this Sunday will be Tony Robinson-Smith and Monty Reid. The readings will be followed by an open mic and a book draw.

Interested in fiction and non-fiction travel writing, Tony Robinson-Smith has written travel tales for The Globe and Mail, Perceptive Travel, The Travel Itch, Tashi Delek, and The Fiddlehead and is the author of the travel memoir Back in 6 Years: A Journey around the Planet without leaving the Surface (Goose Lane Editions, 2008). He has just launched The Dragon Run: Two Canadians, Ten Bhutanese, One Stray Dog, a memoir about the two years he and his wife spent teaching in and running across the Himalayan Kingdom of Bhutan (University of Alberta Press, 2017).

Monty Reid was born in Saskatchewan, worked for many years in Alberta, BC and Quebec, and now lives in Ottawa. His Meditatio Placentae was published by Brick Books in 2016. Previous books include Garden (Chaudiere), The Luskville Reductions (Brick), and CrawlSpace (Anansi) as well as chapbooks such as Kissing Bug (Phafours), Moan Coach (above/ground) and Site Conditions (Apt 9). His recently-updated A Gran Zoo is forthcoming and his current project, Intelligence, is nearing completion. He has won Alberta’s Stephansson Award for Poetry on three occasions, the Lampman Award, two national magazine awards, and is a 3-time nominee for the Governor-General’s Award. He is currently the Managing Editor for Arc Poetry Magazine and Festival Director at VerseFest, Ottawa’s international poetry festival. 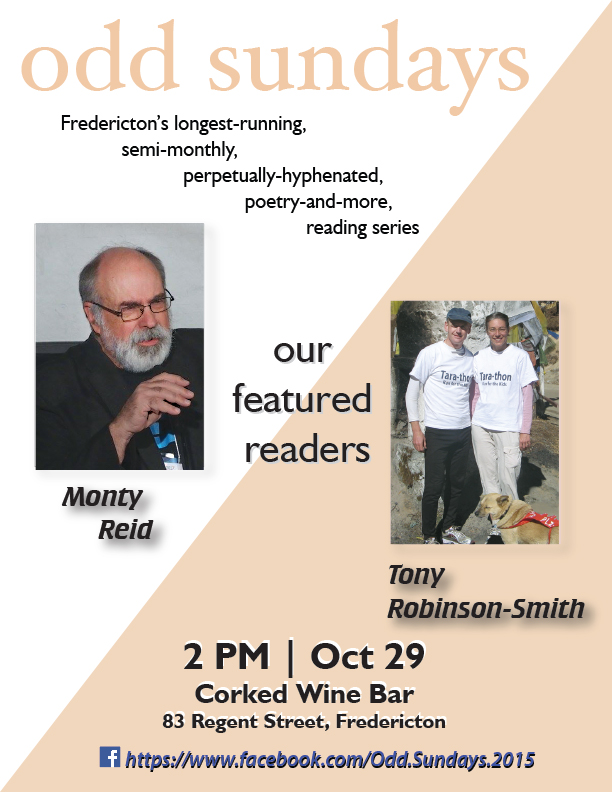