Come to the Wilser's Room in the Capital Complex on Thursday, February 26th to see two of The Fiddlehead's editors, Mark Anthony Jarman and Ross Leckie, perform their featured readings for this month's Qwerty Reads event.

Also, Kris Bone will be hosting the evening, providing some laughs between all of the great readings.

Doors open at 7PM.  See everyone there!

Ross Leckie once had the jobs of “bun boy” and “relish girl” in the restaurant of a fancy New Hampshire hotel.  His most recent book is The Critique of Pure Reason, which is like a lost puppy, as people either love it or feel sorry for it.  He also edits The Fiddlehead and is a member of the editorial board for Icehouse Poetry, and not to namedrop, but he once had a beer with Seamus Heaney.

Mark Anthony Jarman is the author of Knife Party at the Hotel Europa, My White Planet, 19 Knives, New Orleans Is Sinking, Dancing Nightly in the Tavern, and the travel book Ireland’s Eye. His novel, Salvage King Ya!, is on Amazon.ca’s list of 50 Essential Canadian Books and is the number one book on Amazon’s list of best hockey fiction.  He has won a Gold National Magazine Award in nonfiction, has twice won the Maclean-Hunter Endowment Award, won the Jack Hodgins Fiction Prize, and has been included in The Journey Prize Anthology and Best Canadian Stories and short-listed for the O. Henry Prize and Best American Essays. 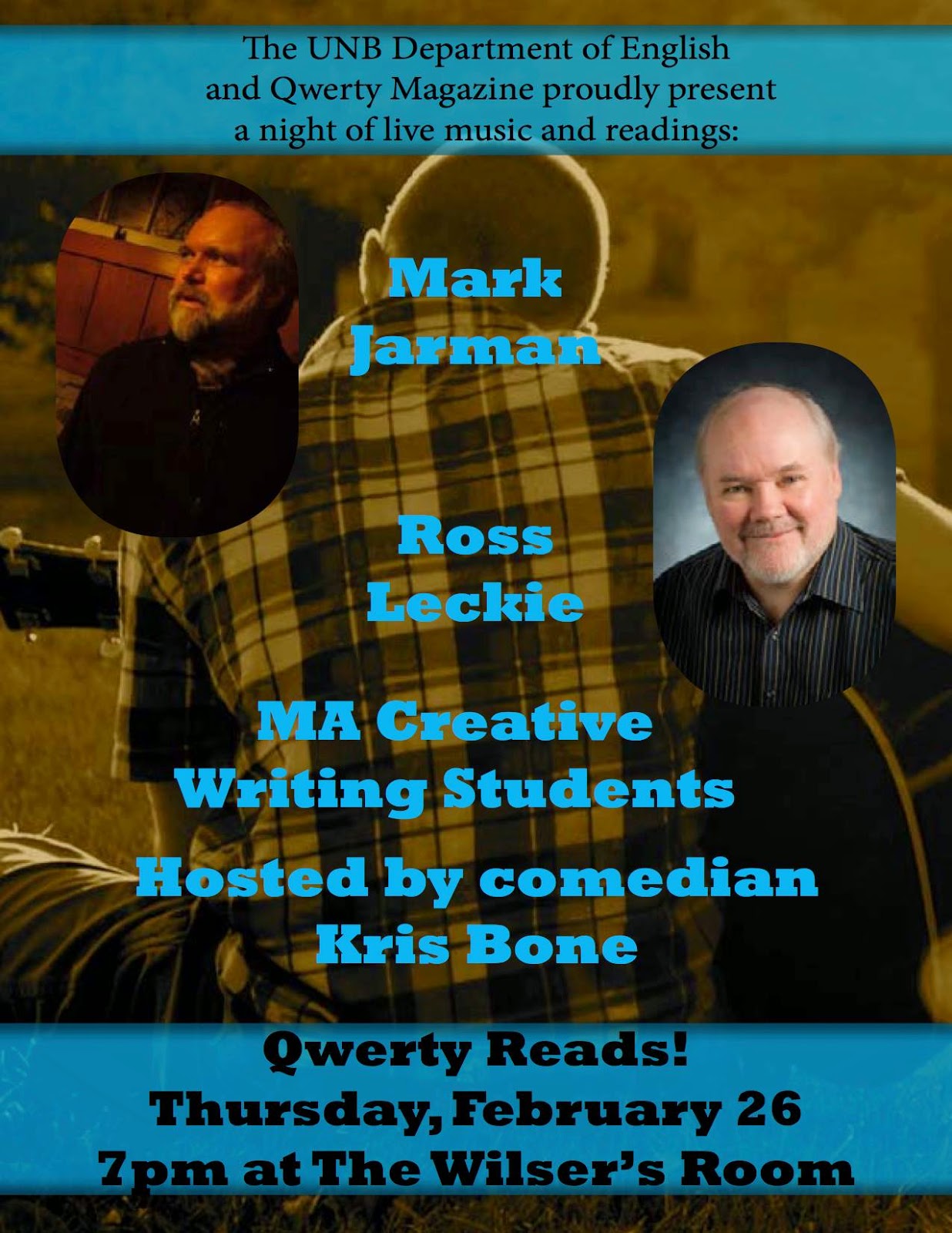