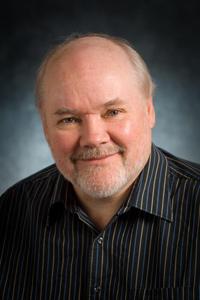 I decided to take books off my shelf in a bit of an arbitrary fashion, focusing on first books or books that didn’t receive enough attention, in my view.  On another day it would be a different set of books.

Miller is one of our very best poets.  This book shows him at the height of his powers.  He uses long sentences that are structured to deliver rhapsodic and complex rhythms.  His metaphors are lush and expressive.  The ideas of his poems move across an impressive range.  In 2007 he returned with The Day in Moss.

Few poets mix wit with pain with such subtlety.  There is a remarkable control of rhythm and rhyme in this work.  There have been many dark poems written about death.  “Ways of Going” is clever, fanciful, and almost fun.  Her 2009 book Chameleon Hours is also very fine.

In 1999 Donaldson gave us Waterglass, one of the finest books of formal poetry ever written.  He travels through numerous forms and measures, including syllabics, with such ease that you can miss the formal and rhythmical structures altogether.  In Guesswork, as you might expect from such a title, surprise in tone, mood, idea, rhythm, and form is always around the corner.  The sequence “Torso: Variations on a Theme by Rilke” is astonishing.

Katia Grubisic.  What if red ran out.  2008
This book has the crazy edge of a runaway rototiller.  It makes challenging leaps from image to metaphor and explodes with verbal play.  This book is full-out roller coaster fun . . . except that it can catch you short in poignancy, in sudden slowing meditations on what hurts us most.

I could have listed any of my one hundred favorite American poets, but I wanted to go off the beaten track a little bit, with poets not well known in Canada.

Cynthia Hogue.  Or Consequence.  2010
Hogue’s poems are quiet and suggestive, and they kind of sneak up on you.  You think you’ve discovered the simplicity of them; you think they might be simple, but complex variations of idea can step around behind you and tap you on the shoulder.  “Midnight Sun” is such a poem.  Or Consequence follows her very fine book, The Incognito Body, of 2006.

Tony Hoagland.  Unincorporated Persons in the Late Honda Dynasty.  2010
Hoagland is very well known in the States, but I don’t find many people reading him here, though it was Sue Sinclair who put him on to me in the Nineties with his book Donkey Gospel.  No one explores the confusion of identity and all of its self-deluding dark corners like Hoagland.  No one has such a trenchant view of middle-class life.

Natasha Trethewey.  Native Guard.  2006
This book won the 2007 Pulitzer Prize, so it is very well known in the US.  Trethewey is the daughter of the white Nova Scotian poet Eric Trethewey, who has lived in the US for a good portion of his adult life, and a black woman from the south, Gwendolyn Grimmette.  This book explores all of the awkwardness of race, both the ways in which it is fixed and hammered home, and the ways in which categories of race are fluid and uncertain.  See the poem “Blond.”

Connie Voisine.  Rare High Meadow of Which I Might Dream.  2008
I first heard of Voisine only this winter when hearing her read in Arizona, and I fell in love with her work.  She is originally from northern Maine, that part that is further north than Montreal or Fredericton, and this world was much in the forefront of her 2001 book, Cathedral of the North.  I can’t quite put my finger on what I like so much about High Meadow.  It’s quiet, but it has many sharp corners in the road, many surprising turns of irony.

I’m already in trouble for putting the two countries together.  Oh well.

Vona Groarke.  Juniper Street.  2006
I really like the way this book combines the bang and clatter of everyday life with moody and redolent metaphors.  There is nothing showy in the book, but neither is it quiet and unassuming.  It is one of those books in which the craft is seamless.

John Burnside.  Selected Poems.  2006
One wonderful way to encounter a poet is to read across his career in an exquisite selection.  The Selected ranges across eight books from 1991 to 2005’s The Good Neighbour.  The inside flap describes the book as “a poetry of luminous, limpid grace” with “the charmed half-light of the liminal.”  I’m hooked.  Ok, so this is over-the-top rhetoric.  I know what it’s getting at.  Burnside can be plainspoken to the point of flatness, and then suddenly reveal complex emotions he was palming all along.

Tiffany Atkinson.  Kink and Particle.  2006
This book is the weird combination of a really smart wide-eyed kid astonished with everything she sees and a street-kid who carries a razor-blade shiv.  The tension in the language keeps the poems tumbling over themselves in chaotic but controlled jerks of rhythm.  Reading them is kind of like watching Chevy Chase fall down stairs.