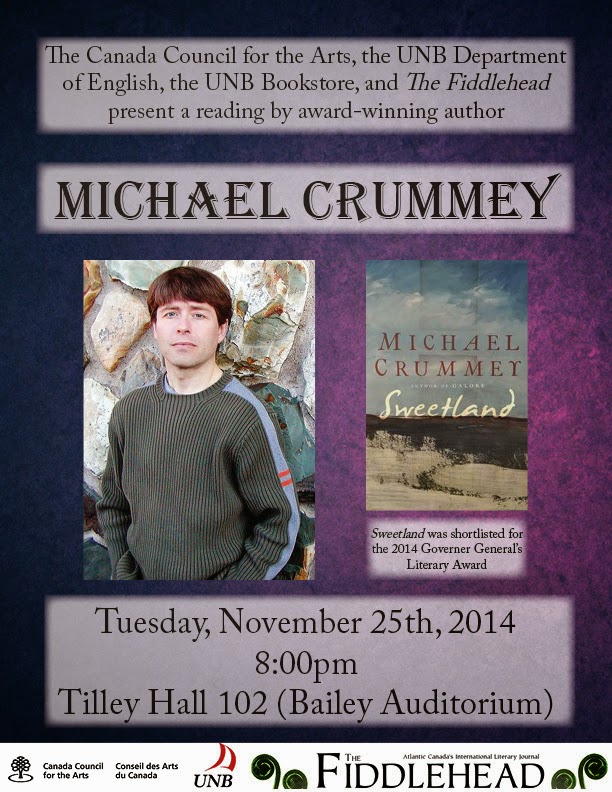 The University of New Brunswick invites you to a public reading by award-winning Newfoundland author, Michael Crummey! Join us on Tuesday, November 25th, 2014 at 8:00pm in Tilley Hall 102 (Bailey Auditorium) on the UNB Fredericton campus.

Michael Crummey is an accomplished author who grew up in Wabush, Labrador. He has published several books of poetry, fiction, and non-fiction, including Hard Light, River Thieves, and Galore. His most recent novel, Sweetland, was shortlisted for the 2014 Governor General’s Literary Award; it tells the story of Moses Sweetland—a resident of a small island off the coast of Newfoundland that shares his family name — who fakes his own death in order to avoid forced resettlement by the Newfoundland government. Sweetland is described in the National Post as having a “focus on a contemporary story, imbuing it with the force and weight of history and myth.” 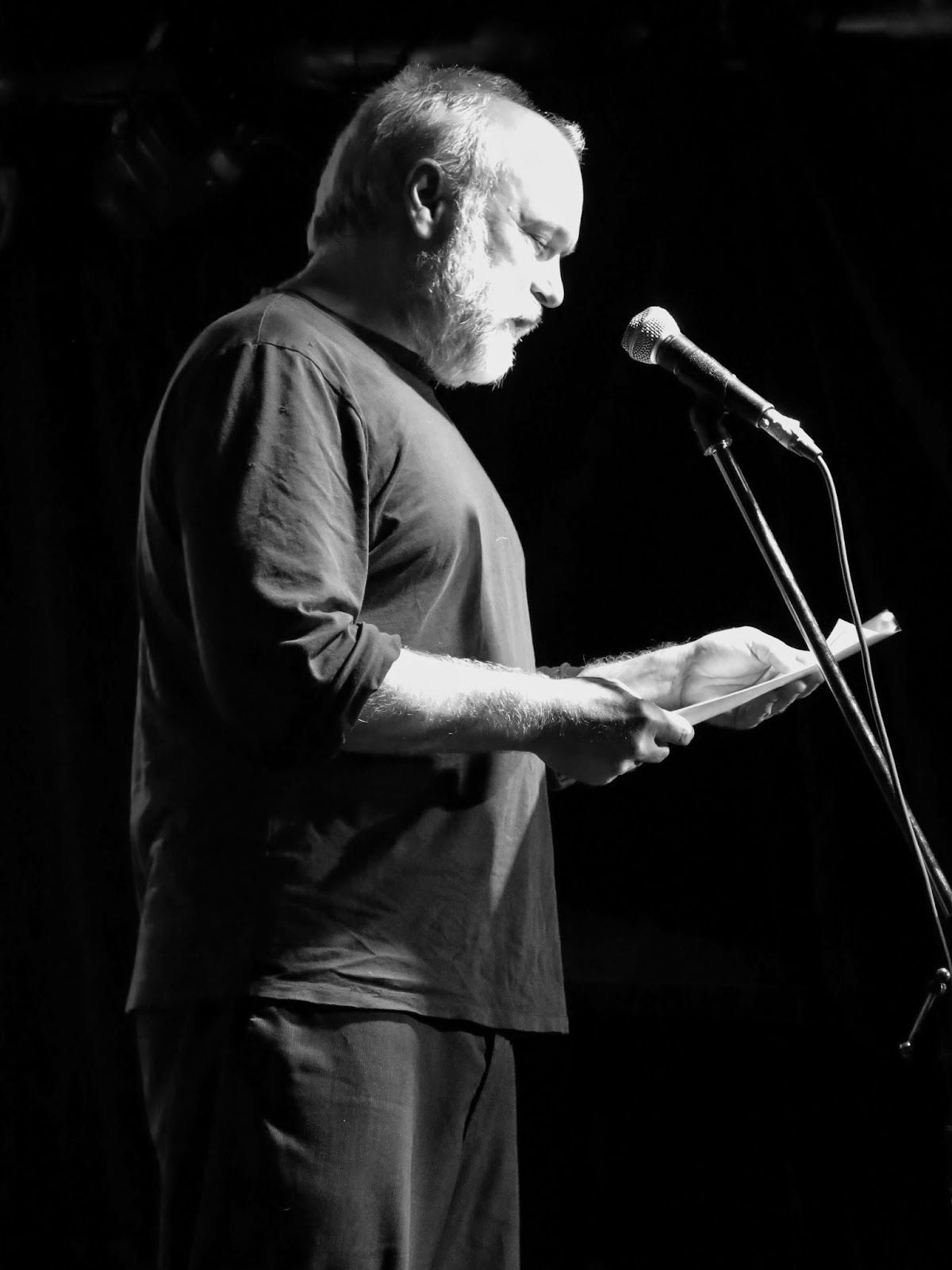 Catching up on some local news . . . Fiddlehead fiction editor Mark Jarman, who has a new book forthcoming with Goose Lane Editions in 2015, recently read excerpts at two Goose Lane 60th anniversary parties in Fredericton and Toronto. You can read a roundup of the Toronto celebration at Descant's blog! And you can check out some of his work at Numéro Cinq.
* * *