What Aislinn Hunter is Listening To 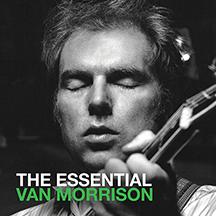 This past month I’ve been obsessing over video recordings of Van Morrison concerts, especially early performances from the 70s and 80s. This is partly because I’ve been thinking a lot about poetic pacing and what I guess I’ll call ‘rawness’ in poetry — moments of risk-taking and truth-telling, registers of feeling that create something almost textural in a poem.

I’ve been a Van Morrison fan for decades and used to listen to my favourite albums in the dark: a pitch black living room, stereo on loud, laying on the floor with a glass of wine nearby. What the videos show me is something new: how much he sang with his eyes closed, how much he improvised and how, often, to me anyway, those vocal or tonal improvisations (whether added phrases or scat) seem driven by, and necessitated by, the moment he’s arrived at. They’re not ornaments, not embellishments — but utterances required by the content of the song: the lyrics, instrumentation, the well of feeling Van Morrison is accessing. Van Morrison is a masterful musician so he knows the effect of his improvisation but you can see in a number of these videos that he’s in the work, that it’s happening and that he’s gone deep to access that feeling of urgency, that degree of intensity.

Aislinn Hunter is the author of six books: two books of poetry, a book of lyric essays and three works of fiction. In the Spring of 2017 her third collection of poetry, Linger, Still, will be published by Gaspereau Press. She has recently completed a PhD at The University of Edinburgh where she studied museums, material culture and resonance. She lives in Vancouver.