What Lauren B. Davis is Listening To 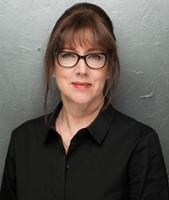 For years I’ve listened to the likes of Tom Waits, Joni Mitchell, Leonard Cohen, Mary Gauthier, and Chris Whitley while writing, as well as a smattering of classical works, but over the past year — perhaps reflecting a spiritual or emotional change — the focus has shifted almost entirely to classical music, both traditional and contemporary. Works by people like Olafur Arnalds, Ludovico Einaudi, Anouar Brahem, Hildur Gudnadottir, Hildegard of Bingen, and Dijan Gasparyan. I’ve also developed an addiction with opera singers: Arleen Auger singing Schubert, Ann Murray (the other one) singing Mahler, Kathleen Battle, Dame Kiri Te Kanawa, Jessye Norman . . . working today at a draft of a new novel, I’m listening to Lorraine Hunt Lieberson sing Bach Cantatas.  Heaven, really, and so inspiring.

Lauren B. Davis was born in Montreal but lived in France for ten years from 1994-2004.  She and her husband, Ron, moved to Princeton in 2004, where they now live with their dog, Bailey, known as the Rescuepoo. Her most recent book is Against a Darkening Sky, a novel set in 7th c. Northumbria, published by HarperCollins (Canada) and Chizine (US) in April, 2015.