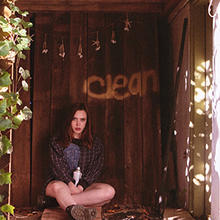 Launch of Arrivals and Departures, the first of our new chapbook series

On November 2, 2018, The Fiddlehead celebrated the publication of a chapbook, Arrivals and Departures: The Stories We Tell, at the Alumni Memorial Building on the University of New Brunswick campus. The title is the first in a new Foraging Chapbook series.The writing originated from a special Writing Workshop for Newcomers to Canada, sponsored by The Fiddlehead in collaboration with The Multicultural Association of Fredericton during Word Feast: Fredericton’s Literary Festival (September 21-22), and led by Anthazia Kadir.

It was indeed unfortunate that the weather forces conspired against us on November 4, and that afternoon’s session had to be cancelled. Many people, including our host - Corked - lost power; many still have not had their power resumed. Our hope is that situation will be remedied soon.

Douglas Gibson, former senior editor and publisher at McClelland & Stewart and Douglas Gibson Books, will deliver a public lecture entitled “Across Canada by Story: A Coast-to-Coast Literary Adventure” on Monday, 19 November at Memorial Hall on the University of New Brunswick’s Fredericton campus, beginning at 7:30 pm.

Gunshots! Gunshots!” my manager shouts through the phone. He has a penchant for being melodramatic and inflating the truth to make a point. It’s hard to hear him over the din in the background. The building is undergoing restoration and the sounds of hammers knocking against stone resonate through the hallways.

The Lives of Milton Acorn

James Milton Rhodes Acorn (called Mickey by his brothers and sisters), whose descendants were German millers, was born in the old Provincial Hospital in Charlottetown.

Some people still incorrectly assume that “Milton Acorn” was a nom de plume.

Whatever We Need It To Be 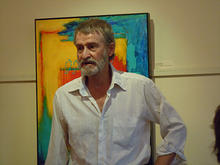 The Fiddlehead was saddened to hear of the recent passing of Raymond Fraser. Fiction Editor Mark Jarman and Laurence Hutchman pay tribute.