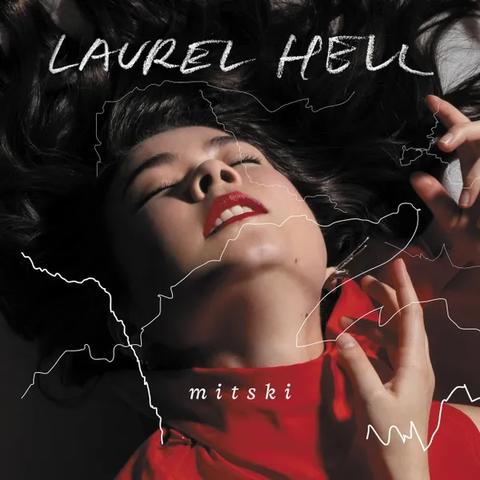 When Mitski released the first single from Laurel Hell, ‘Working For The Knife’ I was on hour five of a particularly grueling shift at my part time job. I don’t know how many times I looped that song, but from the opening line:

I felt the song embodied the feeling of being an artist experiencing creative burnout, amongst other things. Her album follows a similar vein in terms of visceral lyricism, chronicling love and loss with a synth-pop beat that varies significantly from her previous albums.

As an avid listener since her first studio album, Lush, this new album stands out from the rest because of the clean vocal quality and her use of repetition through the songs, as well as the clear themes and storyline explored throughout the entire album.

In particular, ‘Love Me More’, the seventh track on the album, draws a parallel to one of my favorite Mitski songs ‘Remember my Name’, from Be The Cowboy, released in 2018.

“Love enough to drown it out/Drown it out, drown me out”- Love Me More

“Can you come to where I'm staying/And make some extra love?/That I can save 'til tomorrow's show”- Remember my Name

While I am not entirely sure if this parallel was intentional, or just a use of similar themes, it was a pleasant surprise as a longtime listener to hear an expansion of this theme in a later album.

My personal favorite song on the album is ‘Should’ve Been Me’, the 9th track. Her use of repetition cements her emotional and vulnerable theme. It also illustrates a clear narrative of an ex dating someone who looks like you after a breakup, a seemingly surface level topic, and elevates it to a deeper place.

“When I saw the girl looked just like me/I thought, "must be lonely loving someone"/Tryna to find their way out of a maze”-Should’ve Been Me

This song’s devastating lyricism juxtaposed with an upbeat rhythm makes for the best kind of musical whiplash a listener could hope to experience.

The last song on the album ‘That’s Our Lamp’, was the perfect song for walking to class on a rainy, rainy (rainy) Vancouver afternoon. It had the synth-pop upbeat nature of ‘Should’ve Been Me’, without the intense themes, making it more suitable for a casual listen than a “Cry-in-the-dark-dorm-room” experience.

Though the song's repetition of the phrase “That’s where you loved me”, might strike a listener as sad, however, the song feels more like a peaceful ending and reflection on the love and relationship she’s had than a heartbreaking ballad.

Though I have said to my friends (many, many times) that my favorite quality of Mitski’s music is its ability to make me feel, oftentimes bad, emotions (Even once describing my favorite Mitski song ‘Bag of Bones’ as “Reverse Therapy.”) This album is a refreshing transition into something more suitable for a light listen.

“And I can take a little bit more/Let's shake this poet out of the beast”-Bag of Bones, 2012

The album theme of isolation in both love and work allowed me, 4,358.5 km away from where I grew up and in my first year of University, to make a home in it. Though the album could be construed as sad, I find it more uplifting, with each track chronicling a different theme, rather that be love, loss, vulnerability, or capitalism.

I would recommend this album to anyone looking to cry a little bit, then get up, go to the grocery store, and buy some mangoes.

Acadia Currah (She/They) is an essayist and poet residing in Vancouver, British Columbia. Their work explores her relationship with gender, sexuality, and religion. She is a leather-jacket-latte-toting lesbian, her work seeks to reach those who most need to hear it. Their work has appeared in The Spotlong Review and Defunkt Magazine and her essay "Femme Fatales and The Lavender Menace" was featured in the 2022 creative nonfiction issue of The Fiddlehead.