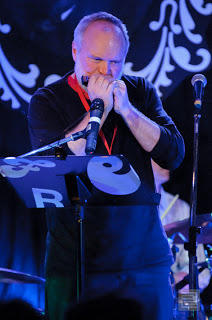 2017’s Summer Fiction Issue showcases great, sensuous stories from the east coast and west coast and around the world, including a wolf guarding a woman trapped in a crashed car, a teen’s fascination with shooting guns, a secret computer file and a zebra rug, flashers in the woods, a very funny exchange of old and young secretly sparring in a London restaurant, and of course, appropriation of Oscar Peterson’s piano bench in Australia.

In theory this is a fiction issue, but as a bonus we have included a moving essay on foxes, and it is our desire to include more creative nonfiction in future issues of The Fiddlehead.

My personal thanks to all the stellar writers who gave us their work and extra thanks to Eden Robinson, who has an exciting new novel. Eden was also in the news for withdrawing her work from Walrus magazine, a fine market for fiction and nonfiction. There were concerns about excessive expletives in Eden’s story, a good editor resigned from the magazine in frustration over the issue, and Eden kindly gave the piece to us at The Fiddlehead in the hope our readers are made of sterner stuff. Their loss is our happy gain.

Kudos to our readers and our stellar Fid staff Ian L, Sabine C, KT, and Ross L, working hard amongst the manuscripts and mousetraps. Thanks also to valuable fiction editors Clarissa Hurley, in Fredericton, and Gerard Beirne, your man to see by the sea in Sligo, Ireland.

Have a wonderful summer wherever you are. I’m off to Gaspé to commune with puffins and whales and a personal quest to taste Arcane 17, a rare microbrew IPA named at my suggestion after André Breton’s book written by Percé Rock in 1944. See if you can find a similarly rare elixir where you live. What a surreal world.