One of the most eye-opening experiences I've had recently as a reader is the ability to share my books with my daughter.

When she and her younger brother were much smaller, we read books together in their rooms, of course. They learned their alphabets by reading Dr. Seuss's ABC, and they giggled at the bizarre tasks carried out by Peggy Parish's wholeheartedly literal character, Amelia Bedelia. But we bought or checked out those books from the library more for their pleasure, less so mine. At the end of their nights, we would put their books away and turn off their lamps, and then I'd retreat somewhere else in the house to read a short story collection with some proper violence, pain, sex, or heartbreak in it.

My daughter is twelve now. Last year, when I was finishing up Naomi Alderman's genre-spanning The Power, she asked me what it was about.

"Imagine a world where young women have developed the ability to shoot lightning out of their bodies," I told her. Alderman's novel has plenty of brilliantly wrought violence, pain, sex, and heartbreak in it, and before I could stop myself, I told my daughter, "You'd like it."

And that was all it took for her. A recommendation turned into a skeleton key, a slip of a suggestion turned into a bridge connecting the worlds of books she'd read before with every other 'adult' book after. Like I did, she loved Alderman's novel.

"Do you have any questions about what happened in the book?" I asked her afterward.

"Nope," she said. By the time I caught up with her after she had finished the novel, she was already on the third chapter of another. "But I really liked it!"

The most recent book she's picked up as soon as I've put it down is Oyinkan Braithwaite's wonderfully dark, My Sister, The Serial Killer. Like the women in Alderman's novel, Korede, Braithwaite's protagonist, is pushed to her absolute limits, and her reactions to a world that might harm her (or her sister) are equally justified.

My daughter doesn't want to read every book that I've read, but I'm glad we're now at a point where, if she wants to, she will. 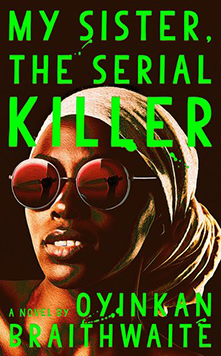 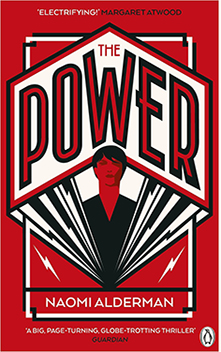 Barrett Bowlin's essays and short stories appear in places like Ninth Letter, Hobart, The Rumpus, Hotel Amerika, Bayou, Salt Hill, and War, Literature, and the Arts. He teaches at Suffolk University, is a contributing editor with Memorious, and lives on the side of a ski mountain, mostly by choice. His creative nonfiction piece "Still Alive, Mostly" was published in The Fiddlehead No. 281 (Autumn 2019).