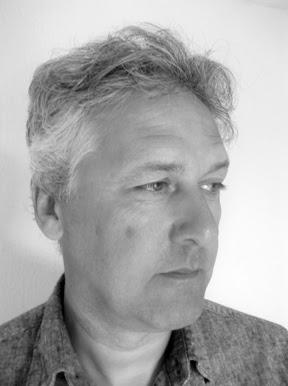 If you never get the chance to meet Patrick-Warner-the-Person — especially, as I did, after having read his verse — no worries. You’ll get a good sense of him here in the Breakwater Anthology. I imagine it’ll be like finding him in a corner at a party—you feeling surprised not by how formal he seems at first, but by how shocking he can be when you least expect it.

If you ever get the chance to meet Patrick-Warner-the-Person, you’ll find yourself reading him much like you’ll come to read Patrick-Warner-the-Poet in the Breakwater Anthology — as seemingly reserved, but with a sly core full of wit, emotional charge, and genuine grace. His outward appearance is one of dignity and formality (a polite Irish Canadian with wonderful manners), but inside resides a devilish appetite for both the profound and the absurd (he’ll zing you with the best of them and leave you laughing at yourself).

Pat is one of those guys who shows up at a party and surveys the scene quietly, not so much seeking an opportunity to join one chatting group or another so much as looking for a moment of genuine interest in which to participate. He’s a collector, of ideas, thoughts, moments, and people. Much like another poet, (and regular party attendee in Newfoundland) Stan Dragland, when Pat-the-Person says something, it’s funny or profound because it’s the right thing to say at the right time. There’s thought and patience behind it. Pat-the-Poet similarly picks perfect moments from the jumble of inputs we call life in order to move toward universal truths through his words. You get the feeling he’s in no rush for anything.

A transplanted Irishman, Warner fits into the Newfoundland anthology in two ways — first, as a poet who had a significant connection to the Rock before the publication of his first book (he’s been here for 33 years); and second, as a man of wit and stories from a culture of wit and stories. Warner’s poems range from the playfulness of poems like Mormon and Waxing, in which haut couture and Winston Churchill’s nipples appear, respectively, to the hard reality of Anorexia, in which we watch the poet-speaker deal with his own role in his daughter’s attempt to slowly starve herself.

George Murray is the author of five books of poems, most recently Whiteout (ECW 2012), nominated for the EJ Pratt Award and the Atlantic Poetry Prize, one book of Aphorisms, Glimpse (ECW 2010), and an upcoming book for children, Wow Wow and Haw Haw (Breakwater, 2014), with painter Michael Pittman. He lives in St. John’s.

Permalink Submitted by iletourn on Wed, 04/27/2016 - 12:53
Great profile of Pat Warner. More than any writer I know, Pat is meticulous in his spoken words, truly a witty person, with the depth and compassion so lacking in many merely 'clever' poets. I love his love of big talk, and his feral energy. — Anonymous