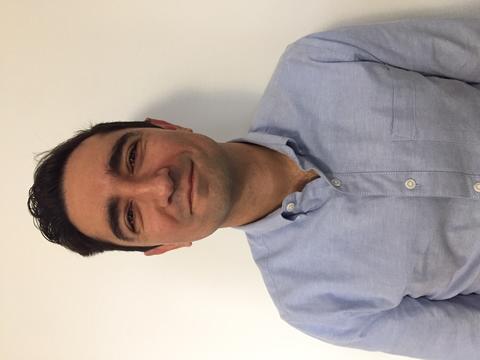 We're excited to announce that Marco Melfi is the winner of the 2021 Ralph Gustafson Poetry Prize! His poem “The Faulty Porch Light” will appear in the Spring 2021 issue of The Fiddlehead. Thank you again to our judges Selina Boan, Matthew Gwathmey and Susan Musgrave, and to all who entered the poetry contest!

Marco Melfi is a graduate of Simon Fraser University’s The Writer’s Studio. His poems have appeared in The Antigonish Review, The New Quarterly, Prairie Fire, The Arc Award of Awesomeness, Funicular, and FreeFall. His chapbook, In between trains, was published in 2014. He lives in Edmonton on Treaty 6 Territory. Find him on Twitter  @HelloTarko

Read editorial assistant Christine Wu's interview with Marco about his prize-winning poem below:

Christine Wu: Congratulations on winning the 2021 Ralph Gustafson Poetry Prize for best poem! “The Faulty Porch Light” is a beautiful, haunting breath of a poem. I particularly loved the rhythm, momentum, and thoughtful line breaks. Can you tell us a little bit about the inspiration behind your poem?

Marco Melfi: Thank you! I’m very grateful to The Fiddlehead and the judges for selecting my poem. The poem was inspired by the porch light on a house across the street from me. From the window in my writing room, I’d catch the porch light flash on and off throughout an evening. It did this for weeks, maybe months. The image made it into my notebook and, thanks to the frequency of the flickering, I kept returning to the image, discovering different metaphors and playing with repetition.

CW: There is such a palpable animism behind the voice of the porch light, to the point where it seems as if you are suggesting the porch light could be more than metaphor—the possibility that the light itself has agency and thought. Were you at all influenced by theories of vital materialism? Can you take us behind the scenes as to how you found or heard this voice?

MM: Vital materialism sounds fascinating, and while I wasn’t familiar with the theory during my writing, I can see the connections. With the early lines and attempts at the poem I had a different speaker; not the porch light itself but someone observing and trying to interpret it. But those drafts didn’t go very far. I found the voice later while in The Writer’s Studio class (through Simon Fraser University) I was taking. One week our poetry mentor, Kayla Czaga, assigned Ken Babstock’s poem “The 7-Eleven Formerly Known as Rx”, Raoul Fernandes’ “Automatic Teller” and Souvankham Thammavongsa’s “Mister Snuffleupagus” to read as well as an object writing prompt. From that point on I let the porch light do the talking.

CW: There is such contrast between the longing for connection as expressed by the porch light and the terse appearance of the “owner” whose desire is to be left alone. The owner and the porch light seem to be at odds with one another. Can you say more about the relationship between the two?

MM: Thank you for noticing that. The owner is one of many characters the porch light has trouble connecting with or feels misunderstood by. In this instance, I was trying to show the porch light feeling under appreciated. While not wanting to be defined by its “job”, which it is good at, it still seeks recognition.

CW: I’m interested in hearing more about your writing practice/process. Do you have any writing routines or rituals that you follow when crafting your poems?

MM: The lessons from The Writer’s Studio have led me to be more intentional about my writing time. My practice is usually a combination of reading, free writing and poem drafting or editing. One habit of mine involves, when I have the basic structure of a poem or I know the concept, spending time listing concrete words or verbs with strong sonic qualities (since sound is an element I particularly enjoy in poems). Sometimes this involves skimming an appliance manual or a hardware store’s website!

CW: Finally, what are you reading and/or working on these days?

MM: I am currently working on a poetry manuscript, which includes a few poems that have recently been published (to go with this great recognition for “The Faulty Porch Light”.)

I recently finished Sadiqa de Meijer’s The Outer Wards, a collection that focuses on motherhood, responsibility, and illness. From playgrounds to a hospital’s imaging department, I was captivated by how de Meijer highlights place and sense of place. For example, her long poem “It’s the inner Harbour neighbourhood, but everyone calls it Skeleton Park” is packed with characters and happenings observed through different seasons.

Click here to pre-order your copy of the Spring 2022 issue!