A Defense of Stuart McLean 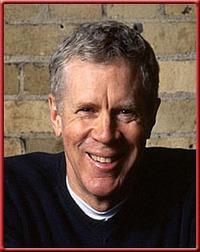 I have a confession. A deep and disturbing confession — twisted and sick, some might say. As a graduate student in English Literature, it may shock some. It might offend others, and a few might even call for my immediate academic termination. But I don’t want to hide it any longer. For too long, I’ve shivered in shame, knock-kneed and flustered. I’ve wished it wasn’t so, and yet it was. It is. But I will hide no longer. I’ll climb to the top of an ivory tower and I will shout my secret, and I will defend it like a thesis.

I say this with no irony, either. I’m not trying to be any sort of Canadiana hipster (eh). I mean this, fully and completely. I really truly dig Mr. McLean.

You may be staring at your screen now, wide-eyed and wide-mouthed. You may have slapped your forehead, dumbed and disbelieving, and at the very least, I bet you’ve probably snickered. I’m used to it. One time, I was at a Writers’ Circle meeting, back in my hometown, and someone told me that when I read, I almost sound like Stuart himself.

“Ugh,” said one of the other members, an old grey-haired guy, with a posh accent. “Don’t insult the poor kid!”

Insult me? I didn’t understand. As a Vinyl Café fan, I was flattered by the sweet-nuthins being whispered in my ear; the old guy reacted like I’d been branded by some sorta scarlet (maple?) letter. I figured he was just a curmudgeon — he was probably the kinda guy who, if 'tis the season, hates Santa Claus, too — and so, exhibiting trademark Canadian pacifism, I shrugged it off. And Sunday mornings, I continued to spin my radio dial 'till I found the CBC, and when I did, I’d listen to Stuart, and I’d smile.

The anti-Stu sentiments started striking me, most significantly, when I got to UNB. I noticed it first in a bookstore downtown. I walked into the shop and I heard a familiar narrator coming from the store’s speakers.

“Are you listening to the Vinyl Café?!” I asked the clerk, eagerly.

He rolled his eyes. “Unfortunately.”

I’ve noticed the same sort of reactions from my classmates, colleagues and profs. Whenever someone mentions Stuart McLean, it’s always with a hint of holier-than-thou deprecation, the way a pair of proud parents might dismiss their daughter’s now-ex-husband. I grew intellectually insecure. I figured they were right and I was wrong, and I was ready to take my dunce cap into the corner and try to wrap my head around “worthier writing.”

But I won’t sit silently anymore. Stuart McLean: I will stand on guard for thee.

I’ve thought a lot about why so many lit-lovers are so quick to put the guy down, and I think there are many possible reasons. I think some people hate the distinctly Stuart McLean way Stuart McLean reads. I think they think it’s a put-on voice, and maybe it is. But we’re all stylists in some way, aren’t we? I’m sure, from time to time, Kerouac’s stuff is a bit Kerou-whackier than it had to be. So Stu hams it up — that’s just show biz, baby. And I think maybe others think his stories are too “Chicken Soup for the Canadian Soul,” and I’ll admit: they can be as saccharine and sweet as maple syrup. But thinking that this is a fault of his stories is slightly problematic, if only because I think such thinking forgets the reason we fell in love with stories in the first place.

Last year, I started working on a podcast. In it, I read a story that I wrote; it was indebted, innately and entirely, to Stuart’s own show. I put out a story that the writer in me was slightly embarrassed by, though my sensitive soul dug. It was about a guy whose wife dies tragically, and he’s gotta try to raise 3 young kids on his own. I wanted it to tug on people’s heartstrings; depending on your temperament, it was either hopeful and human, or Hallmark and hokey. Not even I knew how I felt about it.

Anyways, I put the thing out, and it got a lot of positive feedback. Some people told me they were so moved they cried. A girl even wrote me a letter from Mexico. At a family function, my aunt and my father — who’d never read a book unless it was the biography of a Toronto Maple Leaf — debated its ending with the bright-eyed zest of a first-year undergrad (before they’re all burnt-out and bitter from too much theory and oh-so-many –isms) The point is, it affected people. It moved them, probably more than anything else I’d ever written.

Seeing I had now hooked an audience, I decided I’d drop something the writer in me was proud of. This sucker was a “serious piece.” It was “literary,” and was the kind of thing I’d think about submitting to The Fiddlehead. It had metaphors and cryptic lines, and somewhere deep down in it, if you dug far enough, were some grandiose themes. It was “art,” man.

I put it out. People felt nothing.

Perhaps the problem was the wrong people heard it. Perhaps the piece just sucks. But it made me think about my writing, and why I bother doing it at all.

Art is a means of self-expression, obviously, but it’s also — perhaps most importantly — a way of making sense of our world. At its most basic, it is meant to entertain, enlighten, and enrich our lives. I think as upper-level arts students/critics/appreciators, we can sometimes forget this basic intention. Art does not need to be complex, challenging, heady, abstract, and deep to be “art.” It can be, but it doesn’t have to be — and in fact, art that is those things, like my second piece desperately hoped to be, runs the risk of being elitist and exclusionary. Art that is those things runs the risk of failing to do the very things we turn to art for. 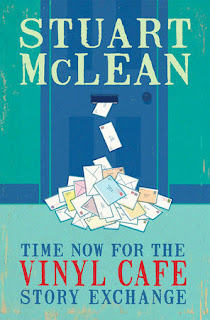 I think this is what makes Stuart McLean my favourite. His stuff is simple and accessible, and I don’t see this as its weakness, but its strength. His tales of Dave and Morley are heartfelt and humorous; in any episode of The Vinyl Café, you might laugh or you might cry or you might likely do both. His audience is varied and diverse — as is our national population. I know children who dig the show, and I know seniors who do, too, and once, at a party, I met a guy who told me he’d spent the summer driving across Canada, getting stoned and listening to tapes of The Vinyl Café. As art often can, it brought us together; because of Stu, we became pals. Stuart McLean’s show unites Canadians, and this may sound idealistic and naïve — and maybe it is — but in a nation so fractured by the political lines recently drawn across our soil by an endless election campaign, it’s a welcome notion.

It’s one of the reasons we turn to art in the first place, isn’t it?

I’m not saying all artists need to sell themselves out to a mass audience. We needn’t all be teenybopper pop stars with trendy hairdos and silly slogans. I’m also not even saying I think Stuart McLean is “the best” Canadian writer (whatever that even means). But I am saying he’s my favourite, and I think that’s a distinction that too often gets forgotten. It seems to me, too, that throughout my post-secondary education, I’ve been nudged towards works of art that profoundly affect the head, and have been discouraged away from works that profoundly affect the heart. Maybe the best works do both — probably the best works do both — but I’m not sure it’s fair to prioritize one effect over the other. What I do know is I’ve walked around this city, listening to Stuart McLean read the words he’s written, and have had tears roll down my cheeks. That is a more pronounced effect than any of the texts on any of my course syllabi have had on me. Just like Springsteen once sang: “We learned more from a three-minute record, baby, than we ever learned in school.” Can’t argue with that. He is The Boss.

The motto of the fictitious Vinyl Café says “We may not be big, but we’re small.” It’s a pretty great motto for a record shop, but I think it’s even better as a defense of Stuart McLean. His stories may not be big, but they’re small — and that’s exactly what I want from them.