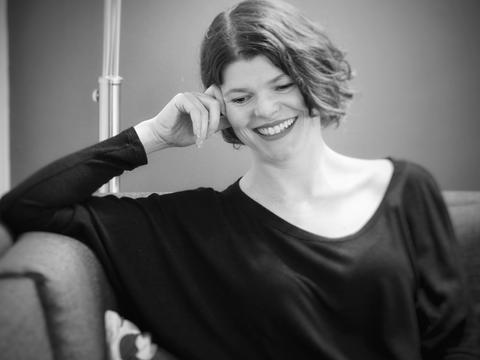 William Bonfiglio: I’d like to begin by thanking you for this piece, which was not only richly informative and enjoyable, but also personally validating: my mother has a habit of recalling the many lies I told as a child, like when I misinformed a teacher that my grandfather had passed, or when I introduced myself to new acquaintances variously as “Willis” or “Abe.”  Growing up, Mum called this “attention-seeking behavior,” which always struck me as a rather critical assessment.  And though your essay doesn’t quite reject this label, it does suggest such behavior is neither irregular nor necessarily malicious.

Jennifer Bowering Delisle: That's so funny, and very familiar! In my research I definitely found that it is a normal behaviour at a particular stage of a young child's development.

WB: Such behavior also raises questions regarding perspective and subjectivity, which in turn raises the greater question of reality and Truth: how can we ensure what we describe in creative nonfiction is rendered truthfully, accurately, and objectively?  Or perhaps this is an unnecessary or unrealistic ambition?

JBD: I don't think that rendering it “objectively” is ever the goal in creative nonfiction. That's a goal for journalism or academic writing or reports. Creative nonfiction, by definition, is subjective. The writer is in the story, both in terms of voice and in terms of craft choices.

That said, for me, there is an instinctive line between fiction and nonfiction in terms of "truth," which feels like a moral one. But it's in a different place for everyone--writer and reader. The best we can do is to make sure that we feel comfortable with where we've drawn it, and are prepared to accept any consequences.

I think a writer is free to take a little license if manipulating a small detail will help them convey a different kind of truth--a deeper, perhaps more abstract experience or reality. I don't believe I've done that here, but I have elsewhere. And my first book, The Bosun Chair, is a family memoir that recreates the events of my great-grandparents' lives, before I was born, and is in many ways about the fact that I don't have full access to that truth. It is also entirely possible, even likely, that there are things I've described in this essay that I've misremembered. That's inevitable--memory is fallible. But as Betsy Warland says in Breathing the Page, "the knowledge that truth can never be fully known is liberating."

What this essay is about, in part, is how words fail us. The gaps that arise between an experience and its rendering. If we acknowledge that those gaps always exist, we have to acknowledge that sometimes there is no such thing as truth, only the effort to tell it.

WB: “Theory of Mind” thrives in the space between the visual and the textual, as demonstrated by the opening description of your mother’s portrait, the vividly imagistic language throughout, and in the concluding paragraphs that envision painting with your children. How do you view this interplay between textual and visual in your art?

JBD: It's such an interesting question because it's not something that I'm conscious of. In the poetry collection I've just released, called Deriving, there are a number of ekphrastic pieces--one responding to a Frida Kahlo painting and others responding to family photographs. But to be honest I hadn't really realized how often I come to that mode until I was compiling the collection. So there's obviously something there, but I struggle to define or even identify it. That said, perhaps because I'm also a poet, imagistic language is a natural way for me to convey meaning.

WB: Let’s talk about poetry – I’ve always found ekphrasis compelling because of the ekphrastic poem’s relation to its subject.  Unlike personal lived experiences, for example, the ekphrastic subject is more accessible; given a painting’s title, we can plug it into Google and see the very work that compelled and inspired the poet.  I’m curious how drawing from family photographs, which are less publicly known or accessible, might have affected your approach.

JBD: I think my foray into ekphrasis has been somewhat different from most. I came to write about the Frida Kahlo painting not through an encounter with the painting itself or any plan to write ekphrasis, but from an interest in and connection to Kahlo's biography--namely her infertility. I think of the poem that resulted as being not a response to the visual art but a dialogue with her experience. For the family photographs I'm similarly not responding to the artistry of the medium, but rather to the stories that they evoke--though I should say that in Deriving all those stories are mostly fictional, as the photos were ones from my partner's family and mostly of people unknown. There's something uncanny about looking at an old photograph--the person is stuck in time, both real and not real. We have this tiny fragment proving their existence but most of their story is a mystery to us. And if the image is posed, there is that added layer that always reminds us of the limitations of our gaze. And I think that speaks to the broader human condition--we look at others or are looked at (on Instagram, on the street) and we might make assumptions or even feel like that gaze is a means of knowing. But it never is. That's the concept that I'm working with in this essay, too--the idea that seeing can give us a false sense of understanding another's experience.

WB: Something I admire tremendously about “Theory of Mind” is its sense of clarity. I think your explanation of behaviors – like the false-belief task – is far more clearly conveyed in your creative nonfiction than in developmental psychology textbooks or lectures.  To what degree was this clarity and accessibility a conscious part of your composition process?

JBD: That's such an interesting question. I don't know if I think of it in terms of clarity so much as rhythm and tone. If an explanation is too academic, then it doesn't fit with the rest of the piece and distracts from the real meaning I'm trying to convey. Often it's the music of a piece that demands simplicity. I do remember spending a lot of time on the false-belief task section, trying to tell it in a way that made sense but also felt seamless.

That said, my day job involves a lot of translating complex concepts into plain language, so it's a process that feels natural to me. I think I do take a somewhat democratic approach to all my writing, including my poetry--I want it to be challenging but not alienating, complex and layered but still accessible. That's not necessarily a conscious part of my composition process but more of an overall philosophy.

Theory of Mind is featured in The Fiddlehead issue 287. Order your copy today!