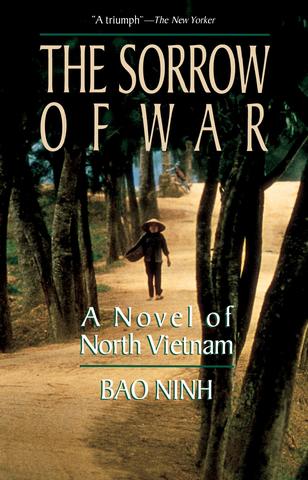 The novel is the story of Kien, a young North Vietnamese Army soldier from Hanoi. We first meet Kien in 1976 not long after the fall of Saigon, and withdrawal of American forces. He has not yet been demobilized from the army and is part of the Missing in Action body-collecting team. His team are positioned beside an area known at the Jungle of Screaming Souls, while Kien sleeps uneasily in the recovery truck in a hammock above almost 50 recovered bodies. In Vietnamese culture, death rituals are an extremely important part of the process of not just bereavement but continuity in the afterlife; the circumstances and treatment of the dead can dictate what happens to the spirit. Near the Jungle of Screaming Souls, the talk among the soldiers is of their fear of spirits and devils. But also the new dispiriting Vietnam that awaits them. These scenes set the tone for the novel, where the reader fears that Kien will always be on an elusive search for the dead and haunted by dreams of corpses. Indeed, throughout the novel, this distinction between the living and dead is uncertain. Soldiers are frequently found sleeping nearby the dead bodies of both comrade and enemy.

It is a non-linear novel; a disjointed yet powerful work composed of flashbacks and stories from Kien’s childhood through to middle-age but with the common narrative thread of Kien and the war. The work eschews traditional chapters to create a story that is a hugely important piece of work in recognizing the horror and randomness of war and from the Vietnamese perspective. Indeed, the novel often reads in a dream-like, or more often, a nightmarish tone. Kien walks a world somewhere between the dead and the living. He is known as “Sorrowful Spirit” by the other recruits, a sobriquet that illustrates the alignment between life and death for Kien and others. It is a grueling tale, replete with loss, suffering, violence and hardship peppered only with some fleeting moments of happiness for Kien.

It is almost impossible to write a review of the book without mentioning the author’s past, Bao Ninh, whose own life and wartime experiences mirror his protagonist Kien. He too was a young NVA volunteer from Hanoi, who spent eleven years in the army. He was Indeed, the narration transitions in places from third person, to first person, informing the reader that character and author can be one. Furthermore, Kien turns to writing and literature in an attempt to warn posterity of the destruction of war. This can create a momentary chill where you feel you are actually in the story reading Kien’s book.

Additionally, many lines are blurred in the story. Metaphysical and the physical. Sobriety and drunkenness. Waking and sleep. And even in art. Kien the older author throws himself into his stories for refuge, but where he is haunted with the suffering he and others have endured. In a pre-war flashback. Kien’s father’s, an alcoholic artist, has his paintings polluted by visions of future suffering. In other parts, tonally, the mixing of light and dark is also blurred- the sun shines while atrocities take place.

The Vietnamese experience of the war was different from that of the American. The Vietnamese soldier could experience over a decade of combat, whilst enduring destruction of homeland, where death came like a thunderstorm in the form of helicopters and jet planes. The storytelling reflects the arduous journey of a country steeped in total war and seeped in loss.

It is not so much a story of lost youth, as much as of a barbarously ruined youth. But the loss of innocence surely.

Ivan Sullivan is a Chemistry Lecturer living and working in Sligo, on the west coast of Ireland. He has written two comedy novels, both as of yet unpublished, and is currently working towards a collection of short stories. His story "Black Ice" is featured in the Autumn 2021 issue of The Fiddlehead.